Wildcats Baseball Coach Jerrod Hammack couldn’t have written a script any better than what took place at Pine Tree Monday afternoon as the Wildcats and Pirates finished up a game they started Friday that was postponed due to rain. The Wildcats came in leading 7-4 starting in the top of the fifth inning. First the Wildcats put men on immediately and ended up scoring an additional run to go up 8-4.

Jaxon Chaney pitched the final three innings giving the Pirates nothing. He struck out four. Coach Hammack said it turned out to be a three hour round trip to play 30 minutes of baseball. The more he talked about it, the better he seemed to like the efficiency of it. The win helped the Wildcats keep pace with first place Hallsville. The Bobcats squeezed by Mount Pleasant, 4-3 in 8 innings. Hallsville is now 7-0 and the Wildcats are 6-1 in district play. The Wildcats now have a two game lead over third place Texas High after the Tigers lost to Marshall 3-1. Texas High is now 4-3 in district play and Marshall is 3-4.

Marshall visits Wildcat Park Tuesday night. The Mavs are now 3-4 in district play. Ryan Humphries is expected to pitch for the Wildcats. There will be a JV game at 4 p.m. with the varsity game to follow at 7 p.m. We will bring you the Wildcats and Mavericks game live on KSST Radio Tuesday at 7 p.m. We will also videotape the game for replay at a later date on Channel 18 on Suddenlink Cable. 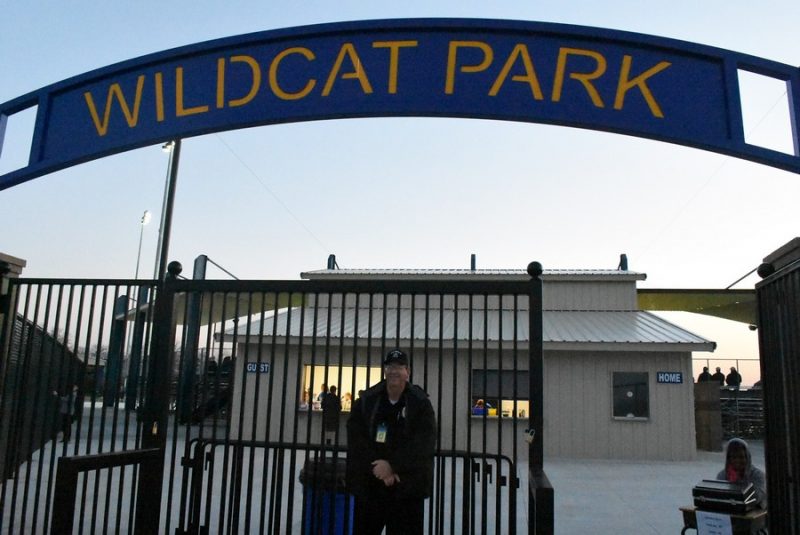