Baseball, softball and golf on this Friday (April 6) game day.

The Wildcats’ baseball team has a district game at Pine Tree on this Friday game day. The game time has changed due to weather concerns. There will be a varsity only game starting at 5 p.m. The Wildcats will be trying to get back on the winning track after a loss on Monday night in Hallsville, 2-1. The Wildcats are 5-1 in district play, one game behind Hallsville and the Wildcats are 12-8 for the season. In their first meeting this year at Wildcat Park on March 13, the Wildcats defeated Pine Tree, 12-2. Triston McCormick is expected to pitch Friday night against the Pirates.

The Lady Cats’ softball team is also looking to bounce back after a 10-4 defeat at Lady Cat Park Tuesday evening against Hallsville. They play at Pine Tree and the game time has changed. There will be a varsity only game at 5:30 p.m. due to concerns with the weather. The Lady Cats are still in first place with a 7-1 record and they are 20-5 for the season. In their first district meeting with Pine Tree on March 13, The Lady Cats topped the Lady Pirates, 8-1.

Both the Wildcats and Lady Cats’ golf teams are playing on the second day of the district golf tournament at Rockwall Golf and Athletic Club on this game day Friday. Both are attempting to earn a top two finish to qualify for the regional tournament. At last report on Friday morning, both teams were in third place. The Wildcats were 15 strokes behind Texas High and 12 strokes behind Hallsville during play Friday morning. The Lady Cats shot a 468 on Thursday to put themselves in third place. Miriam Tran may make the regional tournament as an individual. She shot a 93 Thursday that put her in a tie for second as medalist going into Friday. 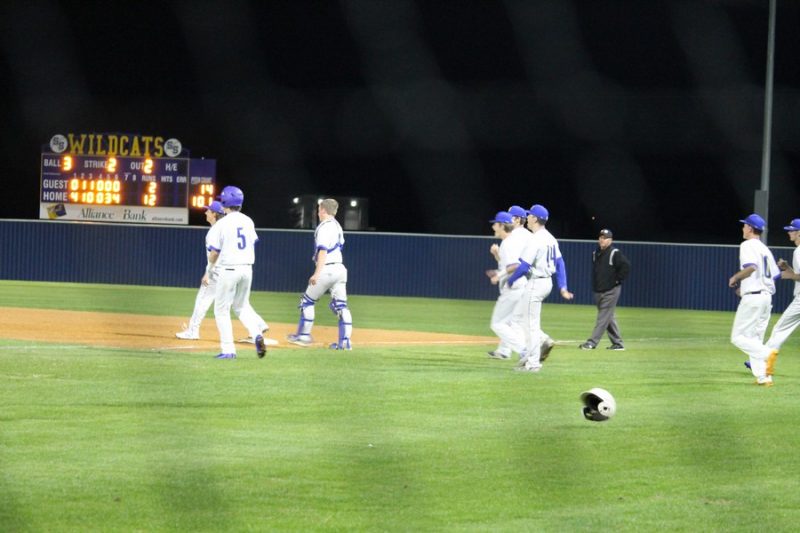