By Justice of the Peace Brad Cummings 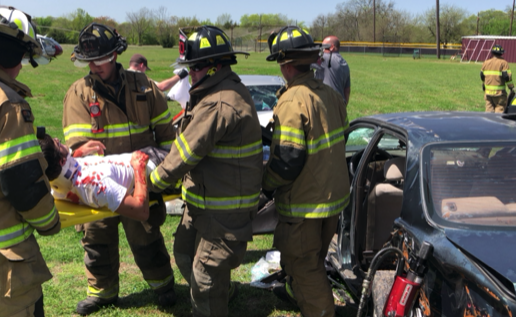 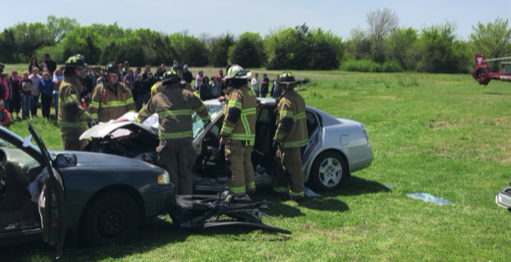 The morning of the event started at 8:00 a.m. with two students who portrayed the Grimm Reaper going to each class. The Grimm Reaper took students throughout the day that would portray the “living dead.” These students would have their faces painted white and they wore black T-shirts. These students would represent a visual aid, to the rest of the student body, of individuals who have been killed in a drunk driving or distracted driving motor vehicle accident. 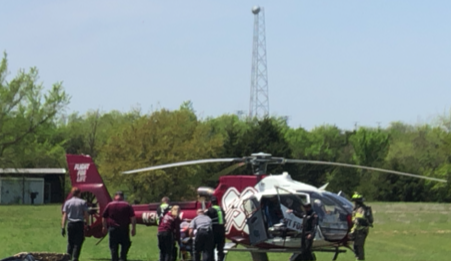 Other selected students portrayed victims of the mock accident that was set up behind the Ag Shop and bus barn. The Jr. High and High School students were escorted by school faculty to the mock accident scene. The wreck involved multiple injuries, one death, and a student portrayed an individual that was intoxicated. The dramatization was followed by an assembly in the school gym. Judge Brad Cummings, JP2, Hon. Will Ramsey, 8th Judicial District Attorney, and Oscar Aguliar, Funeral Director with West Oaks Funeral Home, spoke to the student body about making good decisions and mentioned their experience with regards to their professions. The students that portrayed the intoxicated driver and the decedent also spoke about how the program weighed on them. 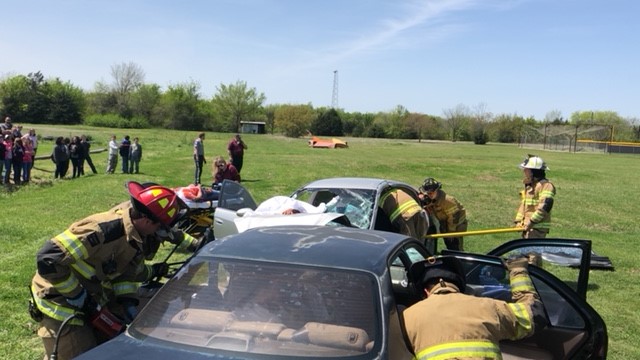 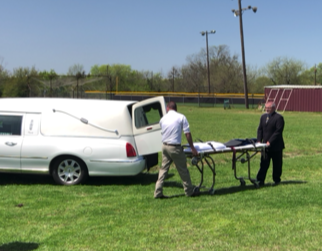 Murry-Orwosky Funeral Home responded to take the body of the “deceased”. Benson Brothers Wrecker provided the vehicles that were placed for the accident and picked the vehicles up afterward. West Oaks Funeral Home provided a casket that was set up in the gym for a visual reference during the assembly.