Lady Cats Softball Coach David Carrillo said he challenged his team before they played Texas High Monday in Texarkana. He told them go get after it, not wait but try to jump on Texas High from the start. The Lady Cats did get off to a good start scoring two first inning runs as two of the first three batters up scored. Coach Carrillo said he wanted the Lady Cats to get a lead so they could put pressure on the Lady Tigers to force mistakes.

The pitching of Bailey Haggerty was magnificent. She carried a no-hitter into the top of the seventh before giving up a hit. Haggerty faced only two batters over the minimum in the one-hitter. She also walked one while striking out ten. There were two outstanding defensive plays by the Lady Cats when the no-hitter was still in play. Second baseball Sierra Smith laid out on a ground ball, made the stop and jumped up and threw out a speedy Lady Tiger runner at first. Center fielder Alyssa Abron also chased down a well hit fly ball in the gap. Coach Carrillo said she makes it look easy.

Meanwhile the Lady Cats pounded out 15 hits. Five Lady Cats had multiple hits led by Alli Fite who had four. Coach Carrillo said the Lady Cats showed patience against a very good Lady Tiger starting pitcher. He said he was glad to see his team so focused with so much on the line.

With the win, the Lady Cats improved to 10-1 in district play. They can do no worse with co-district champs. The Lady Cats can wrap up the district championship with a win Friday on Senior Night at home against arch rival Mount Pleasant.

In the meantime, Coach Carrillo said he was going to give the Lady Cats a day off Tuesday while the coaching staff is scouting possible playoff teams. Most likely bi-district opponents are Lovejoy or Royse City. 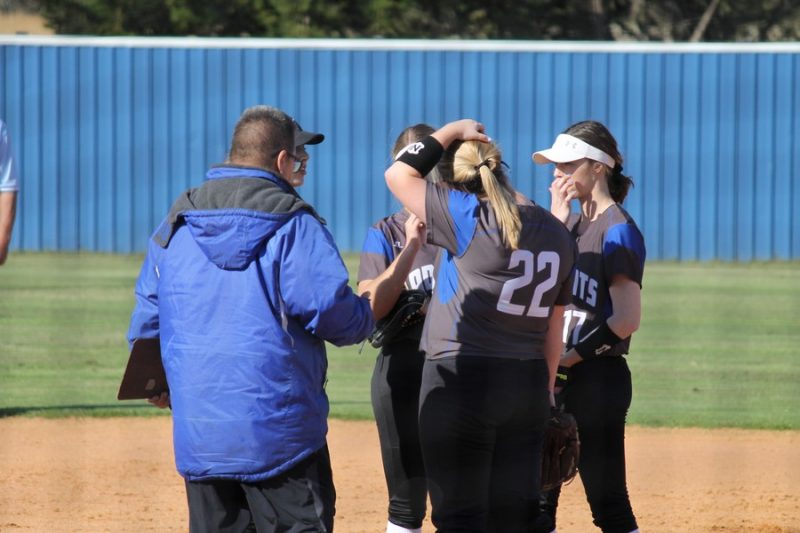