Lady Cats Near Perfect in 13-0 Win at Texas High 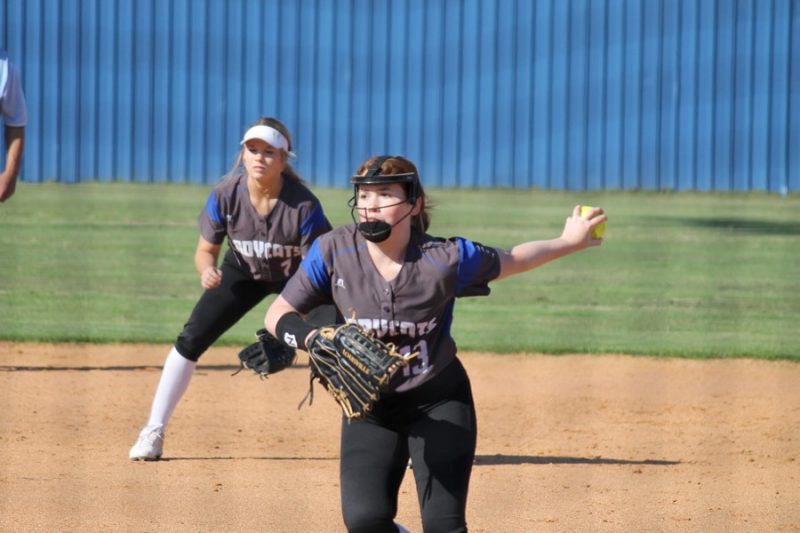 It was worth the wait. On Monday evening, the Lady Cats’ softball team got to play a game postponed by rain last Friday and they came away with a close to perfect, 13-0 district win at Texas High.

Pitcher Bailey Haggerty took a no-hitter into the bottom of the seventh inning before giving up a solid single to right center field. She retired the next three Lady Tigers to complete the one-hit shutout. Haggerty faced only two batters over the minimum also walking a batter. She had 10 strikeouts.

With the win, the Lady Cats just need a Senior Night win over arch rival Mount Pleasant to claim the district championship. The Lady Cats are now 10-1 in district play and 23-5 for the season. The Lady Cats will recognize four seniors on Senior Night this Friday at Lady Cat Park: Alyssa Abron, Karlee Adams, Macee Hollins and Jacklyn Semler.

There will also be a field dedication at Lady Cat Park and at Wildcat Park during pregame ceremonies at each park on Friday.