Franklin County Sheriff, Ricky Jones, reported he and Investigators and Officers of the Mount Vernon Police Department and the Texas Rangers are investigating a murder which occurred at the American Inn located at 415 NW Access Road of Interstate-30 in Mount Vernon, Texas on April 6, 2018.
The Victim, Timothy Franks, is a 49 year old White Male who resides in Mount Pleasant, Texas.

Sheriff Jones stated a Mount Vernon PD Officer and Animal Control Officer were dispatched to the hotel around 12:30PM after the occupant failed to check out of the room at the appropriate time. The Manger of the American Inn also reported the sound of a continuously barking dog in the room. Once officers opened the door they discovered the Victim, Timothy Franks, in the room and immediately contacted Mount Vernon Police Department investigators stated Sheriff Jones.
During the investigation here in Mount Vernon, Stated Sheriff Jones, investigators were able to obtain a description of the suspect and a description of the vehicle he left the scene in. Sheriff Jones went on to say, Investigators call and spoke with Mount Pleasant Police Department CID since the deceased, Mr. Franks, was from Mount Pleasant. After relaying to the MPPD CID the suspect description we had in our case we learned they had an incident with a person matching our suspect description in the early AM hours which involved a short stand-off with MPPD Officers and eventually ended in his arrest. 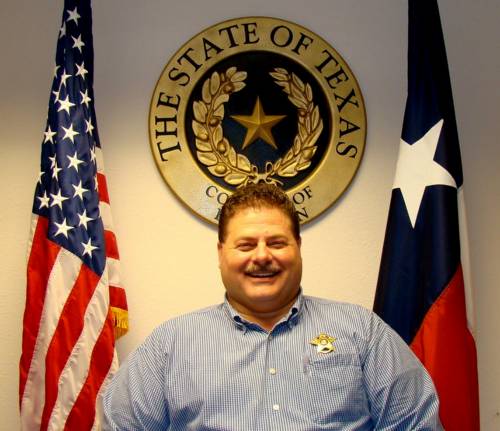