Staff and volunteers at the Lake Country CASA office in downtown Sulphur Springs have a solemn mission: To be a voice for abused and neglected children through the power of volunteer advocacy and change in the child protection system. CASA, or Court Appointed Special Advocate, got it’s start in the United States in 1989, when a grandmother who had lost her young grandson in death at the hands of his mother’s boyfriend, decided she had to make a statement. She placed blue ribbons on her van and drove around her town, to demonstrate that her precious grandchild had not died in vain and without love. Hundreds of CASA groups began to be organized around the country, adopting the blue ribbon as their symbol. Hopkins County CASA formed 28 years ago under the direction of Eddie Jo Edge, and in time was expanded to include cases of child abuse and neglect being handled in Rains and Franklin Counties. The three-county organization is known today as Lake Country CASA, with headquarters at 213 Connally Street, Sulphur Springs, Texas. Director is Gina Law, and local Supervisor is Sherry Johnson. 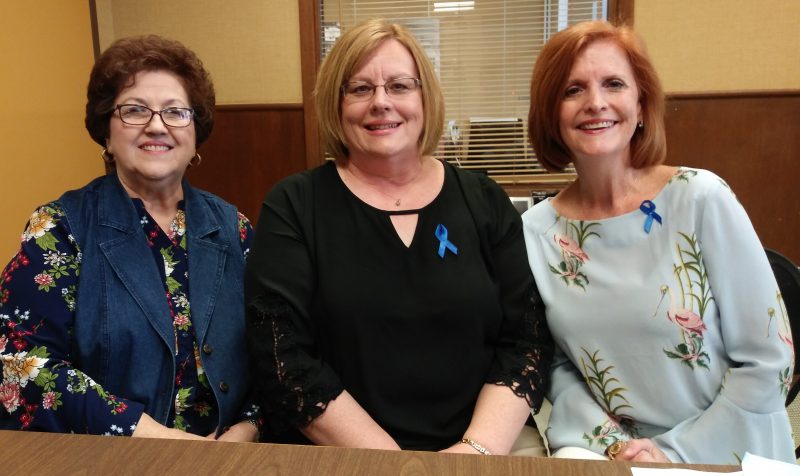 According to Rains County Supervisor and Program Director Peggy Walker, last year their 27 volunteers served a total of 134 children. As 2018 has begun, the 20 active volunteers have already served on the cases of 75 children, marking an increase in need for CASA volunteers. What does a CASA volunteer do?  In an overview, a trained volunteer makes regular home visits to assess and monitor the child’s home situation, is present at all of the child’s court appearances, and can accompany or even transport the child to medical appointments.  Volunteers become familiar with the child’s school progress as well, and can visit the school on their behalf. In other words, the volunteers act as advocates for their assigned children at all times. Safety is an important aspect of volunteer duty, thus Casa volunteers “pair up” when making home visits, or go in conjunction with a CPS visit.  Once a CASA volunteer, Sharla Evans now serves as Volunteer Coordinator, training new volunteers and keeping up with their case reports, court appointments and home visits. One CASA veteran, Lou Ellen Cromer, has served about 80 children in her 15-year volunteer career. She continues to feel that she fills a vital niche for her assigned children, and that she makes a difference in their lives as they grow toward adulthood.

Lake Country CASA is seeking volunteers who can be committed to their assignment. Each case typically lasts one to two years, and the amount of time spent on a case per month averages 10 hours. In many cases, these children may eventually return to their home, be placed with another family member or find a foster home or adoptive family. In order to help achieve this goal and provide quality advocacy, volunteers must make case time a priority. If you are interested in finding out more, contact Executive Director Gina Law at 903-885-1173 or see her at the Lake Country CASA office, 216 Connally Street, downtown Sulphur Springs. Learn more about CASA at lakecountrycasa.org.