The annual Blue Blazes Drill Team’s Spring Show is coming up fast according to Blue Blazes Director Christie McCullough, in her twelfth year at SSHS. This year’s show will take place on Friday, April 27 and Saturday, April 28 at 7:30 p.m. both nights, in the SSHS Auditorium. There was a spring show before Ms. McCullough arrived but she says she loves the spring show and has revamped it and shaped it over the years to make it something Blue Blazes can take a lot of pride in and present as a gift to the community.

This year’s theme is Blazes on Broadway. Ms McCullough said the show is based on the itinerary of the Blue Blazes trip to New York City. She said the high energy spring show will feature not only the Blue Blazes but also the Sparks, members of Ms. McCullough’s dance classes, the new Middle School Drill Team the Sapphire Stars and the Blaze Buddies. Ms/ McCullough also promises some surprises including a new, incredible, dazzling piece of equipment. Stephen Kramer returns to help with the production. 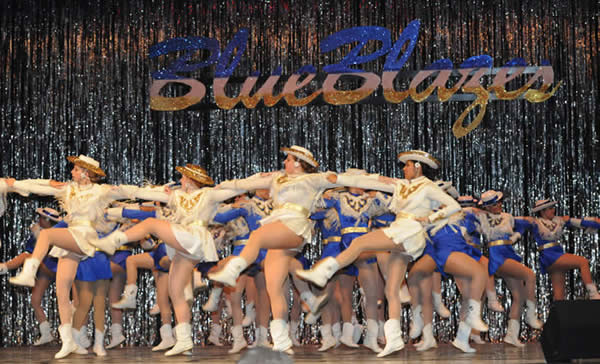