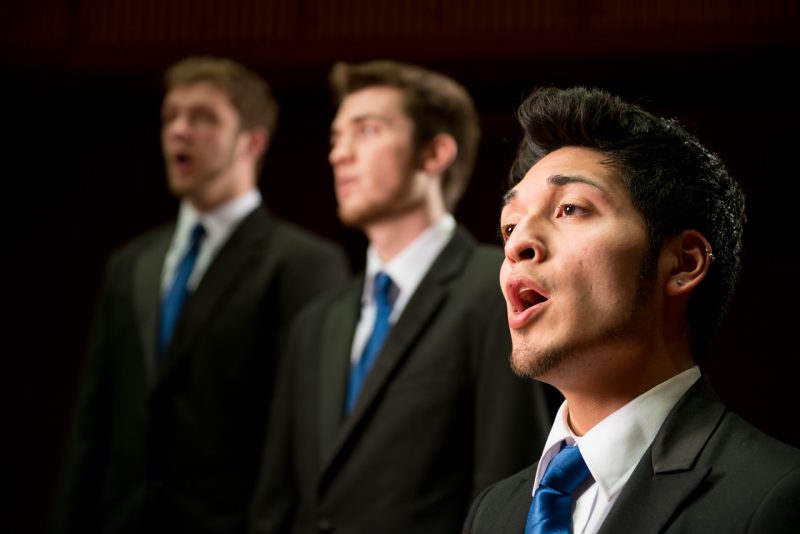 COMMERCE, TX— The A&M-Commerce Chorale will perform an a cappella concert at the Cathedral Shrine of the Virgin of Guadalupe in Dallas on April 22. The performance will include a selection of music by composers such as Palestrina, Roger T. Petrich, Hyun Kook, Daniel Elder, Hyo-Won Woo, and Herbert Howells.

The University Chorale is the premier choral ensemble selected by audition from undergraduate and graduate students in the Department of Music and the campus at large.

“The Chorale will be performing some of the most beautiful a cappella music written for choir,” said Dr. Randall Hooper, DMA, Associate Professor and Director of Choirs and Vocal Activities. “The literature ranges from ‘Light of Clear Blue Morning’ by Dolly Parton arranged for choir by Palestrina, to Herbert Howells, to spirituals.”

Choirs under Dr. Hooper’s leadership have performed in Carnegie Hall, been invited to the International Anthony Burgess Foundation Symposium in Liverpool, England and toured Germany, Austria, England and France. In 2016, the A&M-Commerce Chorale was invited to perform at the Festival Internacional de Música de Campina Grande in Brazil.

“The Department of Music is working to perform more in the Dallas area to increase our presence,” said Dr. Hooper.

The concert starts at 7:00 p.m. and is free to the public. The cathedral is located at 2215 Ross Avenue, Dallas, Texas.