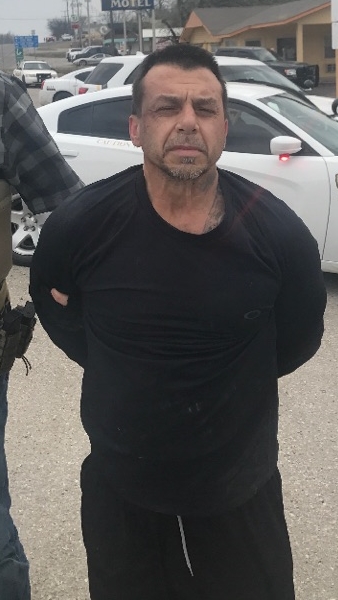 The suspects are in custody in Oklahoma following a series of events that began with a robbery at Jon’s Mini Mart Friday afternoon. The suspects, identified as Tracy Sexton and Amanda Looper, left the Mini Mart and sought access to the interstate.  However, they entered the Woodbridge Crossing area, which has no access to the interstate and returned to Hillcrest and then to the interstate and traveled west. Less than $1,000 was taken in the robbery. An employee of the mini mart took a picture of their vehicle which police were able to use in their investigation.

Following a social media post by the police department, tips began coming into the local police office. The pair was located at a Lake Dallas hotel where Lake Dallas police ran a raid on the room where the couple was supposedly staying. The couple was not in the room when police entered but were across the street and observed the raid. They left the area finding a ride to Gainesville and then on to Marietta, Oklahoma, according to local law enforcement. The truck used in the robbery was placed in impound by Lake Dallas police.

A phone call from a Marietta hotel led local law enforcement to contact the Marietta deputies and their task force surrounded the hotel after confirming that Looper had secured a room there. Law enforcement made entry into the room and arrested both individuals.

Sexton has ties in Arkansas, Sulphur Springs, and the Arlington area. Extradition paperwork has been filed and when completed, the Hopkins County Sheriff’s Office will bring both Sexton and Looper to the county jail.