The Lion men claimed 5th place, a program best, in the team standings, and the women placed 29th at the NCAA Division II Indoor Track and Field Championships.

“I am tremendously proud of how our team came out and competed over the course of the two days at the National Championship,” said Lions head coach George Pincock. “It’s not every day that you have the opportunity to have two individual National Champions, and a team that finishes among the top-5 in the nation.” 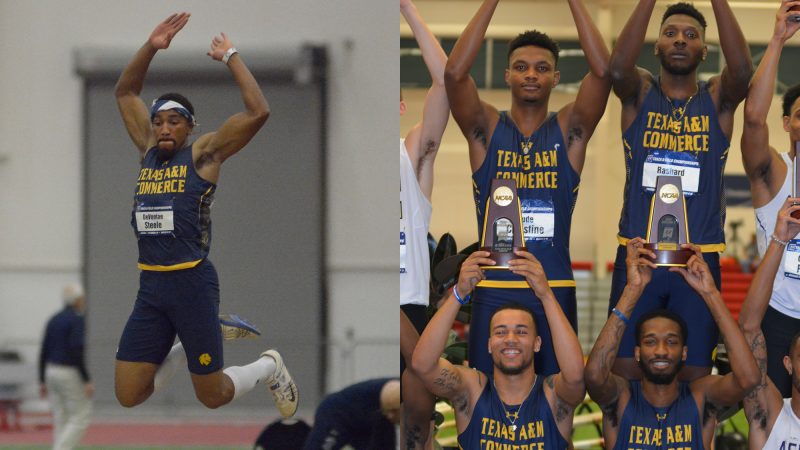 Senior DeVontae Steele was the favorite to win the triple jump again as he claimed his second Division II title, setting a school record with the 12th-longest triple jump in Division II history on his final attempt.

Florian Obst earned second team All-American honors with an 11th-place finish in the heptathlon and had a personal best in the 1,000 meter run.

“With the success of the men’s team, it is almost easy to miss some of the great amazing things the women’s team accomplished this year. I can’t remember a week were there wasn’t at least one school record set,” said Pincock. “For them to end the indoor season with five All-Americans is a milestone for this program and what I hope will be a catalyst for continued growth.”