AUSTIN – Texas teens have an important message for their friends and fellow students: Always buckle up. The message is part of the Texas Department of Transportation’s annual “Teen Click It or Ticket” campaign, in partnership with high school students, to urge young drivers and their passengers to wear their seat belts every time they’re in a vehicle.

“In Texas, 42 percent of all teenagers killed in traffic crashes in 2016 weren’t buckled up,” said TxDOT Executive Director James Bass. “We know seat belts save lives, but only if motorists use them. We want to make sure this message gets through to teens, and no one knows how to reach teens better than other teens.”

Partnering with students from the Texas-based group Teens in the Driver Seat, TxDOT’s “Teen Click It or Ticket” campaign will reach teens through radio and TV public service announcements, social media and peer-to-peer outreach at statewide high schools. The initiative kicks off Thursday with an entirely student-run press conference at Memorial High School in Houston.

Teens also will lead interactive events at high schools and sporting events this spring to convince their peers that seat belts are their best defense against being killed or badly injured in a crash. A mangled truck involved in a rollover crash will be on display at each event. Two Texas teens survived that crash with only minor scratches thanks to their seat belts. The campaign also will offer teens the digital experience of wearing virtual reality goggles to test their reaction times.

“Research from the National Highway Traffic Safety Administration tells us that new teen drivers are twice as likely to be in a fatal crash as adults,” said Bryce Cunningham, co-chair of the Teens in the Driver Seat national Teen Advisory Board and a senior at Chisum High School in Paris, Texas. “It just doesn’t make any sense to not wear your seat belt when you’re in a vehicle.”

In Texas in 2016, one in five vehicle crashes involved a teen driver. Of the 269 teen drivers and passengers killed in crashes that year, 114 were unbuckled.

Texas law requires drivers and all passengers to wear a seat belt. Unbuckled drivers and passengers — even those in the back seat — face fines and court costs up to $200. 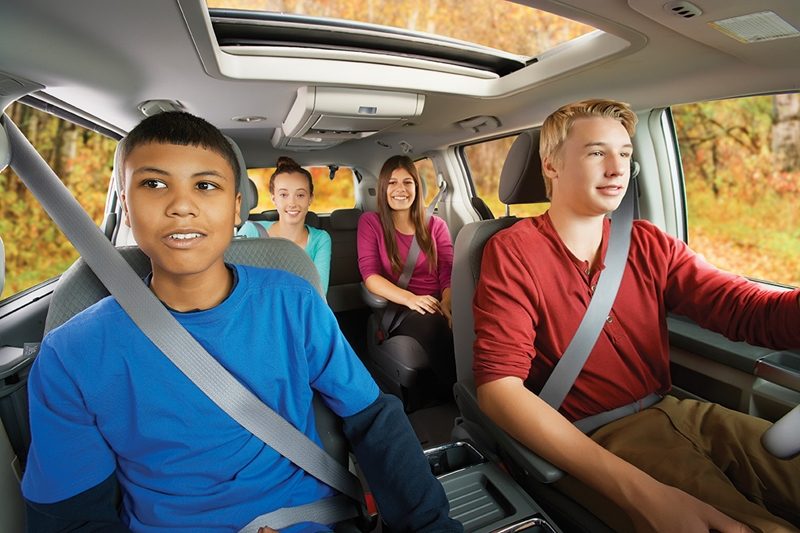