Holt entered the game in the top of the second with the scored tied 1-1 and with no outs and the bases loaded with Riders. A second run scored on a dropped fly ball. Over six innings, Holt, the winning pitcher, allowed only two hits and an unearned run. She struck out two and walked none. The Lady Cats rapped out 13 hits. They outhit THESA, 13-4.

The Riders tightened the game scoring an unearned run in the top of the sixth. The Riders used an error and a single to put two runners on. The next batter grounded to third for a force play. A throw to try and get a force at second ended up in right field and a run scored. Holt allowed a single in the top of the seventh but then retired three straight batters to end the game.

The Lady Cats improve to 15-4 for the season. They return to district play Tuesday afternoon against Pine Tree at Lady Cat Park. There will be a JV game at 1 p.m. with the varsity game to follow at 2:30 p.m. The Lady Cats are on top of the district standings with a 2-0 district mark. 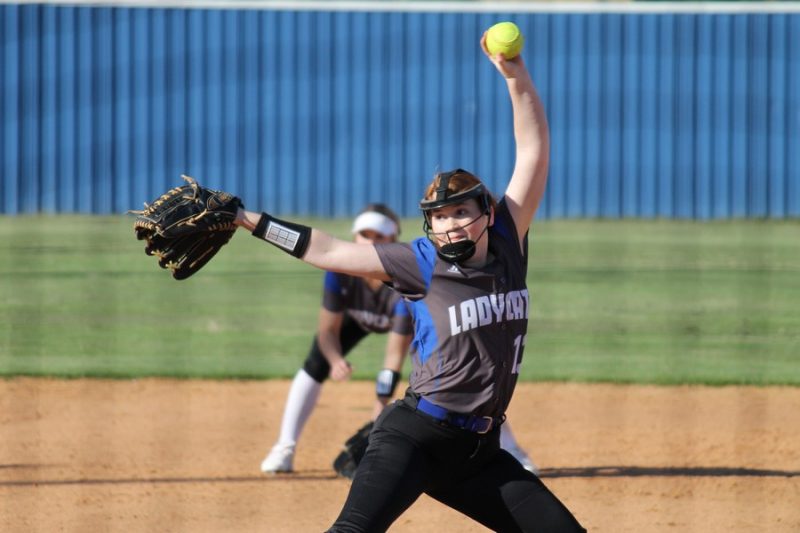