Wildcats’ baseball coach Jerrod Hammack has one more tournament to get his team ready for the start of district play next week. The Wildcats begin play in a three-day Sherman-Denison-Celina sponsored Grayson County Classic on this Thursday game day (March 8). Their site Thursday will be Denison High School. The Wildcats will play McKinney at 1:30 p.m. and then will face host Denison at 4 p.m. On Friday the Wildcats play Bridgeport at Sherman High School at 11 a.m. Saturday the Wildcats are back at Sherman with a game against Celina at 11 a.m. and against Sanger at 1:30 p.m. Coach Hammack was given the option of playing a fifth game in this tournament and he took it. The Wildcats are playing their third tournament of the season. They come into play Thursday with a season record of 3-5.

Meanwhile the Wildcats’ tennis team is also in a tournament on this Thursday game day. They are one of 22 teams in a Longview tournament. Play got underway there at 8 a.m. This is the Wildcats’ fifth tournament of the season as they prepare for their district tournament April 4-5 in Texarkana. 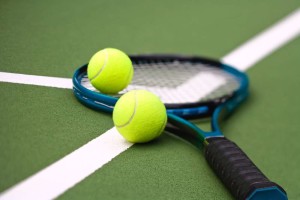