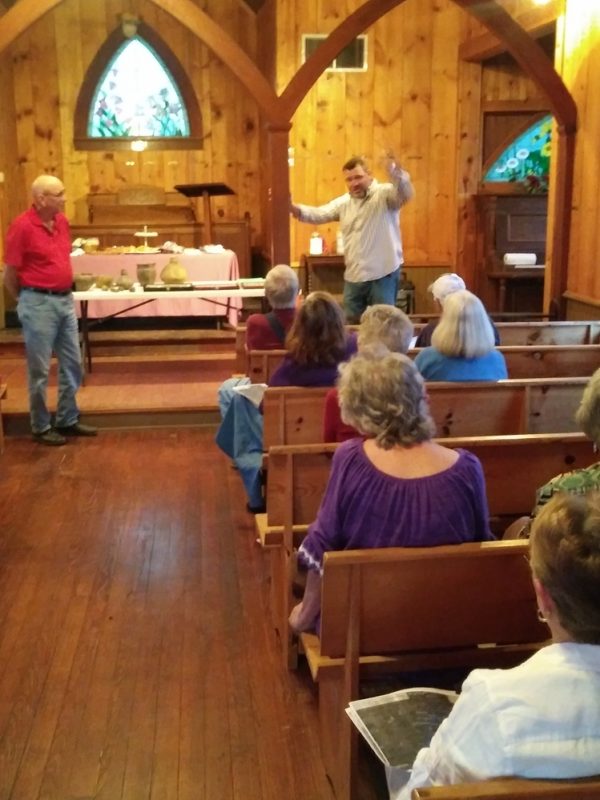 Local archaeology-lover Lee Green owns an impressive collection of Caddo Indian artifacts unearthed in Hopkins County, especially from the well-watered eastern side of the county near Pine Forest.  It was about this collection that Lee addressed the audience of about three dozen persons  during the Hopkins County Historical Society meeting on March 22, 2018 held in the Chapel at Heritage Park.

In was in about 2002 when the long-time resident began to take an active interest in local finds. He had been raised in the Sulphur Bluff area where he searched for arrowheads as a child, then as an adult he moved to the Pine Forest area. Green had long hoped to discover more Caddo artifacts, so when his neighbor the late Garvis Anglin mentioned some sites on his property, Lee was very interested to see them. Artifacts he eventually uncovered there appear to be from the Woodlands Period (1000 BC-800 AD) and people who were seasonally nomadic hunter-gatherers, farmed and raised corn. Green’s finds include ancient spear points  from large atlatl weapons. In the same vicinity, smaller and more common arrowheads or “bird points” were found from a much later era when native peoples began to adopt the use of the bow and arrow. 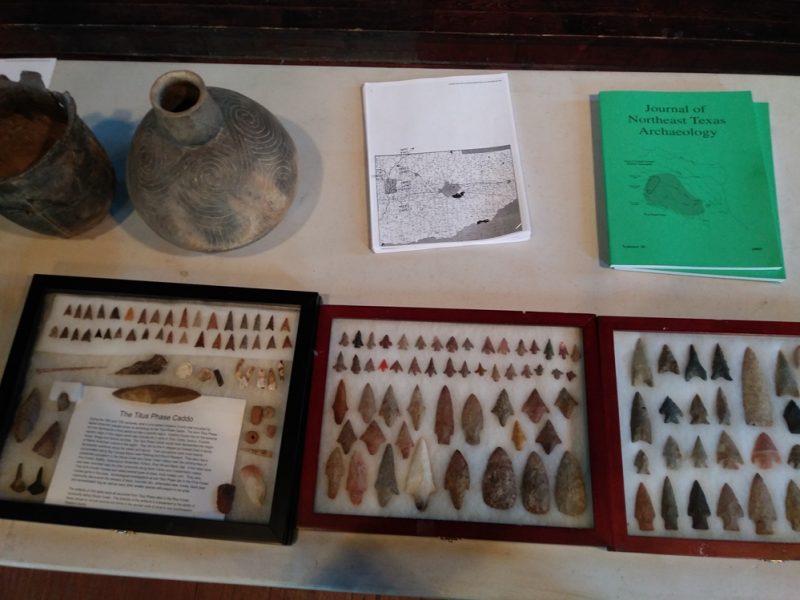 Other artifacts from Green’s collection include an almost entirely intact crude ceramic pot found at Pine Forest near Stout’s Creek.  Nearby, a site later named the Anglin Middin Site, contained a quantity of well-preserved artifacts of daily life that are 300-500 years old. In fact, this site and the nearby Tunier Farm Site in Hopkins County have become important in a 4-state study area (East Texas, Louisiana, Arkansas and Oklahoma) of Caddo Indian life. The East Texas part of the 4-state study area has yielded thousands of artifacts including beautifully decorated pottery pieces, some with animal effigys, also  bison remains, bison teeth which were worn as jewelry, ear ornaments, bone and clay beads and numerous weapon points. The study of this territory and period of time (1450-1700 CE) is designated the “Titus Phase Caddo”. The territory took in what is now Titus and surrounding counties, extending into eastern Hopkins County. Contributing to the large body of knowledge about Caddo Indian culture has been excavation for lakes and reservoirs. Reservoir-building projects such as Monticello, Sandlin, Cypress Springs, Cooper and Lake Fork have been most helpful in these excavations, for archaeological studies must be done prior to construction.

Green added that other persons like himself who are interested in documenting Caddo Indian life in this area have also made contributions.  The Watkins and Culpepper sites, located near the Anglin Middin Site, were excavated back in the 1930’s. 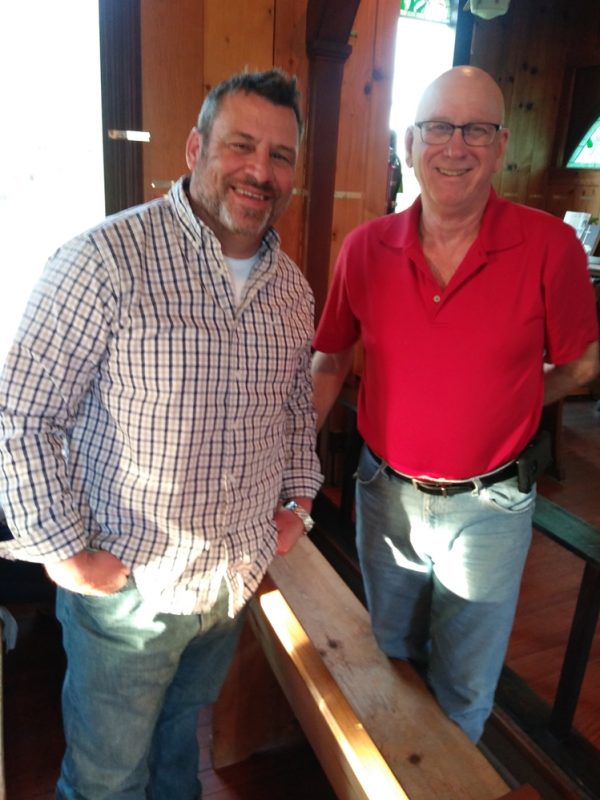