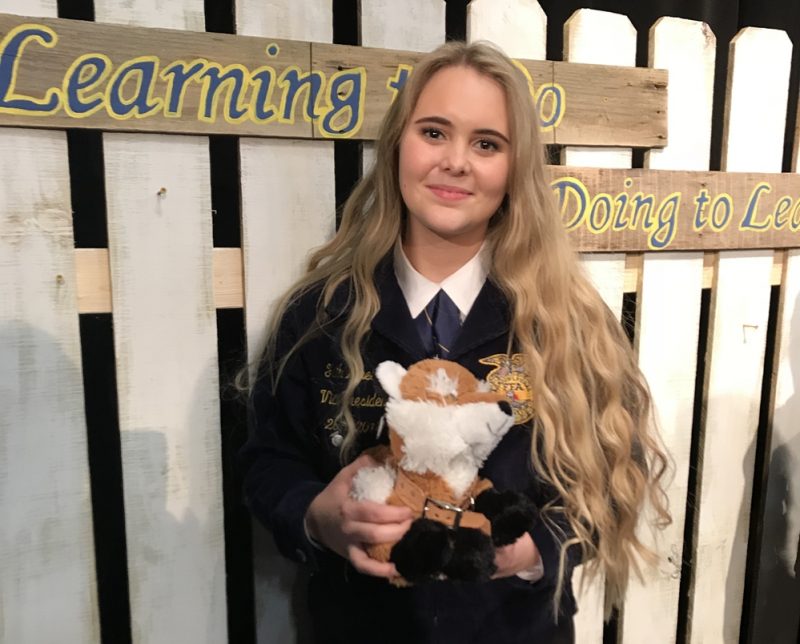 Faith Wheeler, North Hopkins FFA, was elected Area 6 FFA Vice President for the 2018-2019 school year Monday at the Area 6 Convention at the Hopkins County Civic Center. Wheeler has served as 1st Vice President of the Paris District during the 2017-2018 school year. The fox she holds in the picture is passed down each year to the newly elected Area officers representing the Paris District.

North Hopkins very own Faith Wheeler sweeps for the win as she received a Vice Presidency position on the Area 6 FFA Officer team. The Paris District FFA selected Wheeler, the newly retired 2017-2018 Paris District FFA Vice President, in early January to run as one of their two candidates to represent them at the Area 6 FFA convention. Before being selected Faith underwent an extensive application, testing and interview process. She presented her campaign speech last Monday night reminding the members of the Area 6 FFA to “Listen to their spark and come alive for candidate number five.”

Wheeler, along with the 7 other members of her officer team will have the great honor of representing the four districts and over 91 schools in Area 6 FFA Association for the 2018-2019 school year. North Hopkins Ag. Teacher Christin Daughtery brags that Faith is her first Area Officer in her ten-year teaching career and that the North Hopkins FFA is very proud of Wheeler. The newly selected Vice President Wheeler gives God the glory and is honored to serve her Area for the upcoming year. 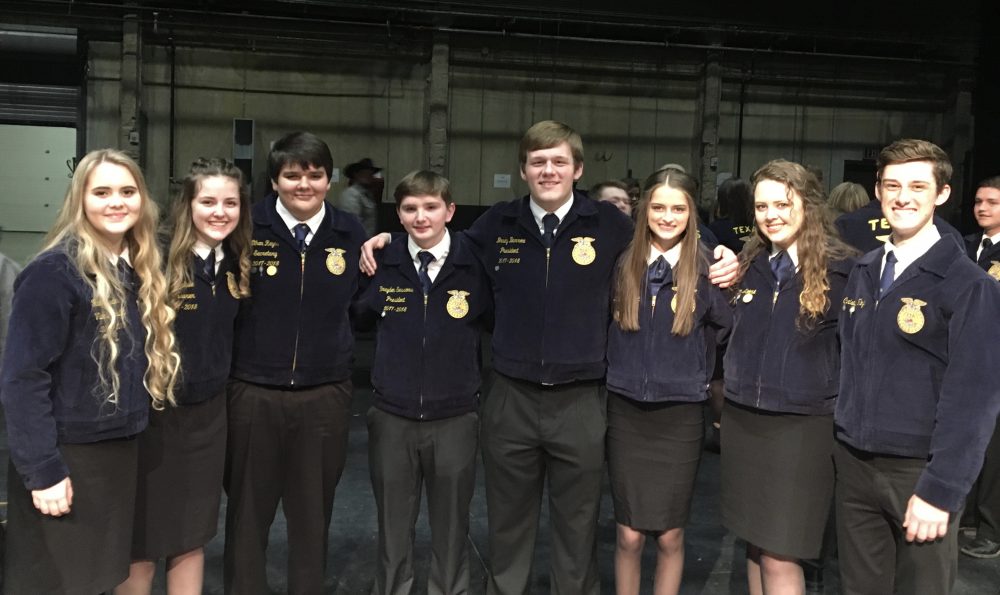 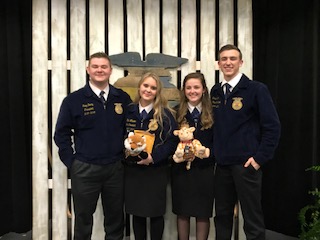 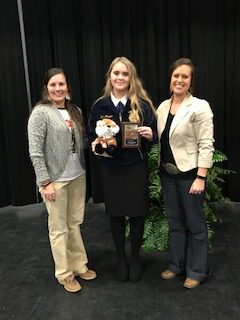