Wildcats Basketball Coach Clark Cipoletta credited his team with playing some of their best defense of the year in a 58-41 area round win over Frisco Lone Star Friday night at Princeton. Coach Cipoletta was on KSST Radio and Cable Channel 18’s Saturday Morning Coaches Show. Coach Cipoletta said his team also did a good job of being focused and of executing the game plan. Part of the plan was to limit Lone Star’s Isaiah Lewis. He was held to 7 points. Coach Cipoletta said the team takes pride in all five guys on the court playing tough defense. He said Wildcats defenders altered some of the Rangers’ shots and did a good job contesting outside shots. The Wildcats held the Rangers to less than ten points in both the second and third quarters. The Rangers had 9 in the second quarter and 8 in the third quarter. Coach Cipoletta said if the Wildcats play defense, they have a good chance to win. He said Godsgift Ezedinma or GG also showed everyone that he can shoot the basketball. He had 21 points including 3 three-point baskets. Coach Cipoletta said Frisco Lone Star tried to take Keaston Willis away as a scorer but he still had 14 points. Victor Iwuakor scored 9 points and Coach Cipoletta said Victor posted up well and demanded the ball. Coach Cipoletta also said the team did a good job of getting him the ball. When Iwuakor had to sit due to foul trouble, Coach Cipoletta said Xavier Cork played very well and with lots of energy. He also credited Day Day Hall for impacting the game off the bench. Michael Jefferson added 7 points and Coach Cipoletta said Jefferson played his usual unselfish game at point guard. He also credited Dedric Godbolt with being a glue guy for the team who does a good job of getting his teammates involved in the game. The Wildcats, ranked #13, play #5 ranked Prosper in a regional quarterfinal game Tuesday at 7 p.m. back at Princeton. The Wildcats are again the home team. Fans will not be admitted to the gym until 30 minutes before game time.

Wildcats Baseball Coach Jerrod Hammack was pleased to get in four games last week considering the wet weather. He called the Tyler Rose Classic tournament productive and pronounced it a good start for his team. The Wildcats went 2-2 with a win over host Tyler Lee, 7-4, a 9-6 loss to Lindale, a loss to Amarillo, 6-2 and an 8-0 whitewashing of Waxahachie. Coach Hammack said the tourney field featured the preseason #1 and #2 picks in the state in Class 5A. He said the main thing that bothered him in the tournament was that the Wildcats suffered self inflicted wounds during the losses. Too many walks and errors. Coach Hammack said the Wildcats did a good job of swinging the bats during the tournament. Only against Amarillo did the Wildcats struggle some. Perhaps the highlight of the tournament for the Wildcats was pitcher Jaxon Chaney’s three-hit shutout of Waxahachie. A game against Forney was canceled due to numerous lightning strikes and a downpour. This week the Wildcats hope to get games in at a Lindale tournament. The Eagles have a field with artificial turf on the infield and a grass outfield. Coach Hammack said trhe schedule calls the Wildcats to face Lindale again along with Atlanta, Brook Hill of Bullard and All Saints of Tyler.

Lady Cats Softball Coach David Carrillo wasn’t sure his team would play any games Saturday in an Allen tournament. The team bus drove through heavy rain getting to the game site. Then came lightning delay. Coach Carrillo said after that the team was able to get three games in and they won them all. Coach Carrillo said the Lady Cats did some good things in a 5-1 win against Frisco Liberty. He was a little disappointed in the team’s offense against McKinney North but the Lady Cats got a 3-2 walk off win with Brinklee Driver getting a big game ending single. Coach Carrillo said the McKinney North pitcher threw slower than the Lady Cats expected and that seemed to throw their timing off. The Lady Cats wrapped up play Saturday with a 13-1 victory over Dallas W.T. White. Bailey Haggerty was solid in the pitching circle winning the first two games. Cheslee Roberts and Alli Fite combined to pitch a three-inning no hitter in the third game. The Lady Cats are 7-1 for the season. They have a doubleheader Monday beginning at 4 p.m. at Texas A&M-Commerce against Royse City.

Wiggins on Hallsville Loss and More

The Wildcats’ soccer team’s district game at Pine Tree has been moved to Monday night due to expected bad weather on Tuesday. There will be a JV game at 5:30 p.m. and then a varsity contest at 7 p.m. The Wildcats lost at Hallsville Friday, 2-1 and finished the first half of district play at 2-4. Wildcats Soccer Coach Nicky Wiggins said his team played hard but could not generate many scoring opportunities. He said Hallsville played defensively. Coach Wiggins said they had one forward that gave the Wildcats some problems. The Wildcats got a goal from Angel Tavera on a penalty kick. It came after a Bobcat foul in the box. Coach Wiggins said Hallsville got a goal back on a penalty kick early in the second half. As the Wildcats watched film Monday morning, Coach Wiggins said he talked to his team about last season. Last year the Wildcats had only a single win at the midpoint break. They rallied in the second half to make the playoffs. Coach Wiggins is hoping for a similar result this season.

Bailey on Hallsville Loss and More

The Lady Cats’ soccer team’s district match against Pine Tree at Gerald Prim Stadium has been moved to Monday night due to bad weather expected on Tuesday. There will be a JV contest at 5:30 p.m. A varsity match will follow at around 7 p.m. Matches between Pine Tree and the Lady Cats mean goals will be at a premium. The Lady Cats won in Pine Tree, 1-0 back on February 2. The Lady Cats are hoping to bounce back after a 2-0 home loss to Hallsville Friday night. Lady Cats Soccer Coach Joel Bailey said the Lady Bobcats have only allowed three goals all season. He added they have shutout every district team. After the first half of district play, Hallsville leads the district standings with Mount Pleasant second, the Lady Cats third and Texas High fourth. The Lady Cats finished the first half with a 4-2 record. 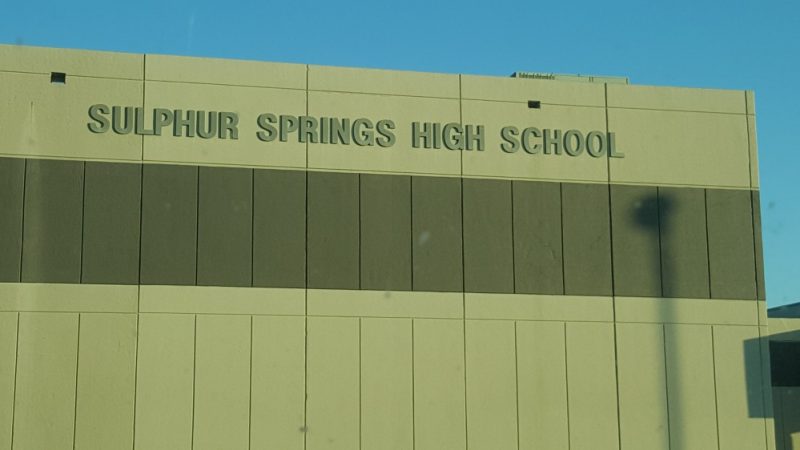