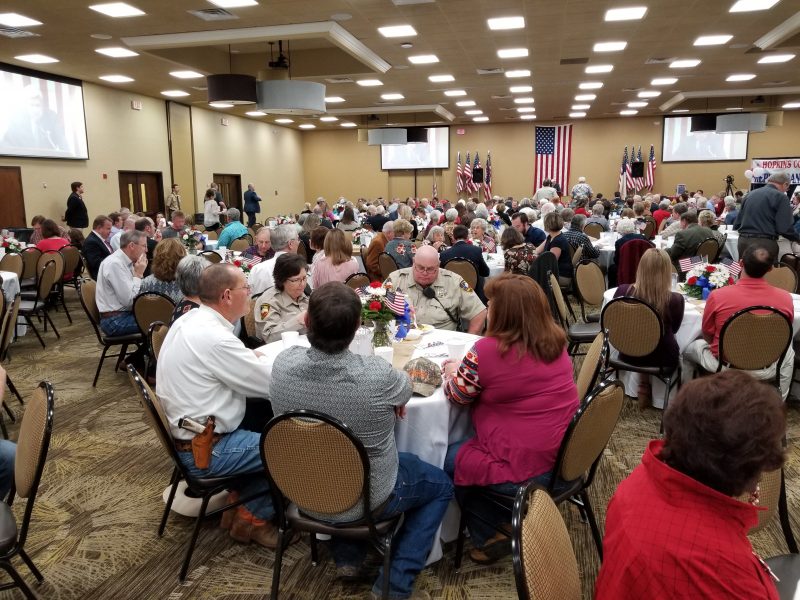 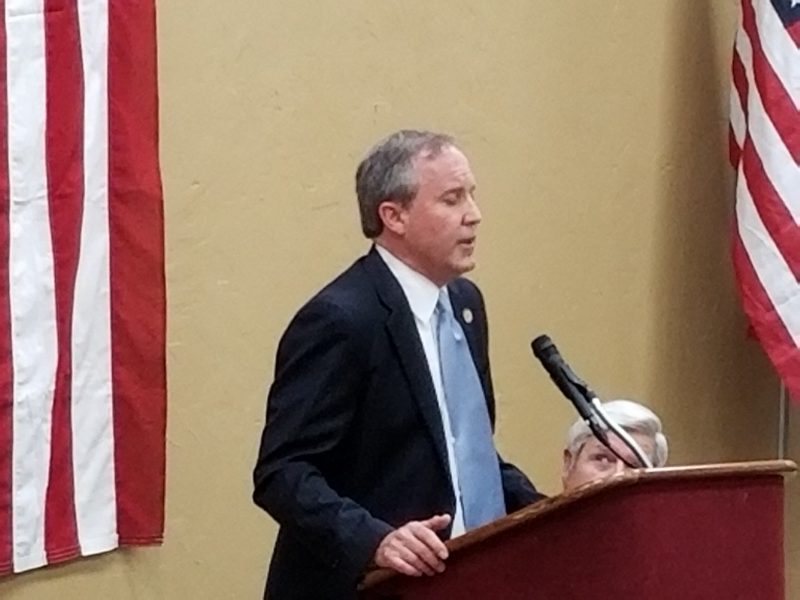 State Representative Dan Flynn led the Pledge of Allegiance and State Senator Bob Hall introduced the evening’s special speaker Texas Attorney General Ken Paxton. Paxton emphasized the litigation directed by his department on behalf of the state as he informed those attending regarding several issues that confront the state.

Republican Party Chair Donnie Wisenbaker served as Master of Ceremonies for the evening and conducted the candidate forum with the assistance of party officers and Justice of the Peace Brad Cummings. 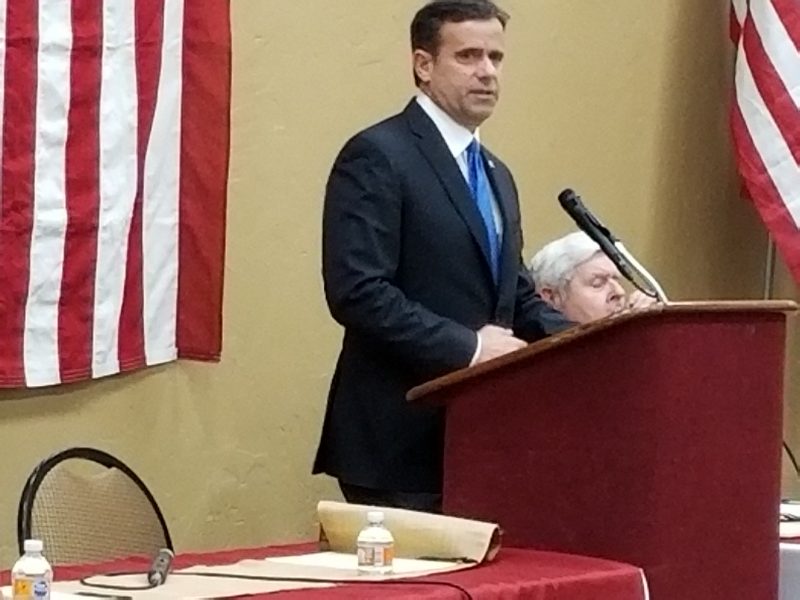 During the forum, Incumbent Congressman 4th District of Texas John Ratcliffe and challenger Dr. John Cooper along with candidates for Hopkins County Commissioner Precinct 2 and 4 ,  County Clerk, County Treasurer, County-Court-At-Law Judge, Texas House and Texas Senate for District 2 addressed the crowd and answered pre-screened questions. The questions were presented prior to the event by the public and/or candidates and approved by a local committee.  All candidates were present for the event. 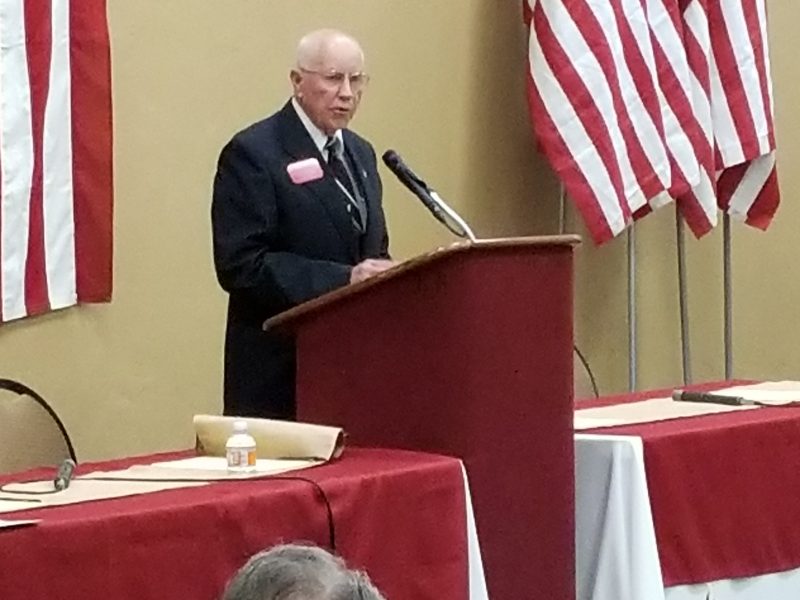 Congressman Ratcliffe stated that he was working closely with the President and Vice-President to keep the nation safe. He noted his experience with Homeland Security and the Attorney General’s office. He said working in Congress was much easier with President Trump than with his predecessor. Dr. Cooper stated that he wanted to see congress take a new course with the first and second amendments to the constitution given greater emphasis in their work. 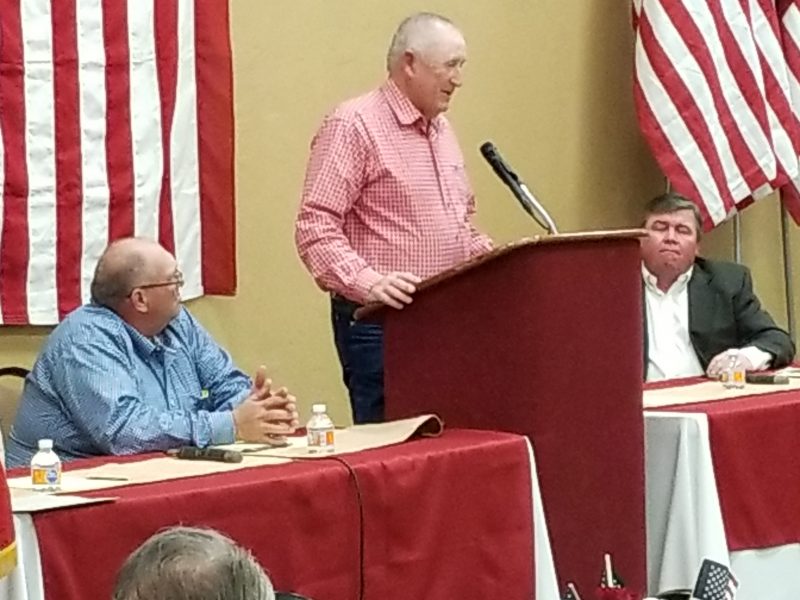 In Precinct 2, candidates Greg Anglin, Edward Moore, and John Wilburn addressed road needs and specifically the use of chip seal. Opinions varied regarding the use of chip seal but all agreed the job was not only roads but the development of the county budget and all-encompassing work of a commissioner. The current Precinct 2 commissioner Mike O’Dell is not seeking reelection. 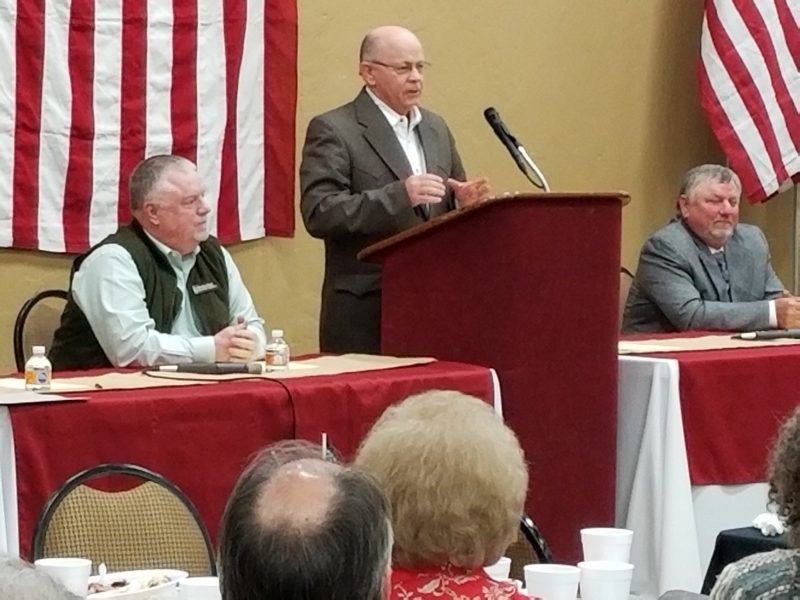 For Precinct 4, candidates John David Jetton, Joe Price, and Kevin Cole addressed the various needs to provide funding for county needs. Each noted their experience. Jetton has worked for the Precinct while Price and Cole have worked in other endeavors which have prepared them for the job.

With County Clerk Debbie Shirley not seeking reelection, Tracy Orr Smith, who currently works in the county clerk’s office as a deputy clerk, and Mike Dodd, who works with county clerks as a NETDATA representative, talked about the work of the office and used their experiences as their qualification for the office.

Incumbent County Treasurer Jim Thompson was pushed to the defensive by challenger Andrea Griggs as was challenger Danny Davis. Thompson noted that the financial management of the county had been improved by decisions made by commissioners’ court and by his labors in the position. However, Griggs said that in conversations with other departments, she had learned of deficiencies in the office and would correct those. Thompson replied that no one had said anything to him about any deficiencies. Davis pointed out that he would direct both the office of Treasurer and his current work as Veterans Affairs Officer. Griggs said that no one had approved the idea of Davis holding each office but Davis said in conversations with the commissioners, they had said they saw no problem in him hold both jobs. Davis said he will not receive the salary as the Veteran’s officer thus saving the county money.

County-Court-At-Law candidates Steve Lilly and Clay Harrison stated their experience in the legal field and noted how they bring unique skills to the position, if elected.

Texas House District 2 incumbent Dan Flynn noted his productive work as a representative for the District while his opponent Bryan Slaton stated he was more conservative than Flynn.

Texas Senate District 2 incumbent Bob Hall pointed to his ultra-conservative approach and challenger Cindy Burkett, who has served in the Texas House a number of years, noted she would take the same drive to improve life in Texas to the Senate.

Precinct 3 Commissioner and professional auctioneer Wade Bartley conducted an auction-fundraiser selling a number of items from cakes to handguns.