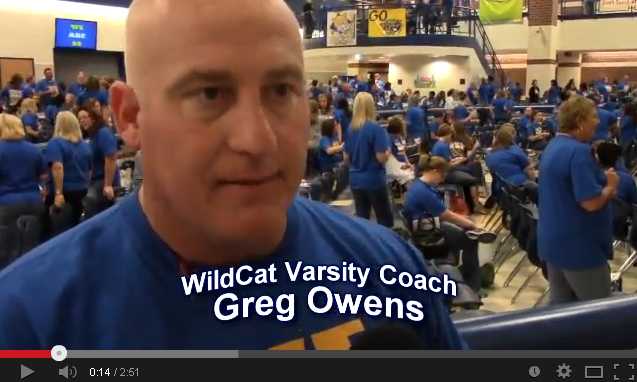 “We are excited about the new places and new faces,” said SSHS Athletic Director and Football Head Coach Gregg Owens as the new district alignments were announced Thursday morning.  Owens said, “It will be a new challenge with new teams, but the biggest challenge [for football] will be the nine (9) team district.” He said a team must win a lot of games to get in the playoffs. “It’s really exciting because it’s different,” he said.

Sulphur Springs Wildcats will be making new travel plans for the 2018-2019 football season and volleyball and basketball plans will be changed but not match football. Texas UIL alignments have been announced and the Wildcats will be in 5A Division II – District 8 with Corsicana, Ennis, Forney, Greenville, Kaufman, North Forney, Royse City, and Terrell. The former district will now be District 9 including Hallsville, Jacksonville, Lindale, Longview Pine Tree, Mt Pleasant, Nacogdoches, and Whitehouse. Now, basketball for Wildcats and Lady Cats as well as volleyball will be in District 15 with Greenville, Royce City, Lindale, Mt Pleasant, and Texas High.