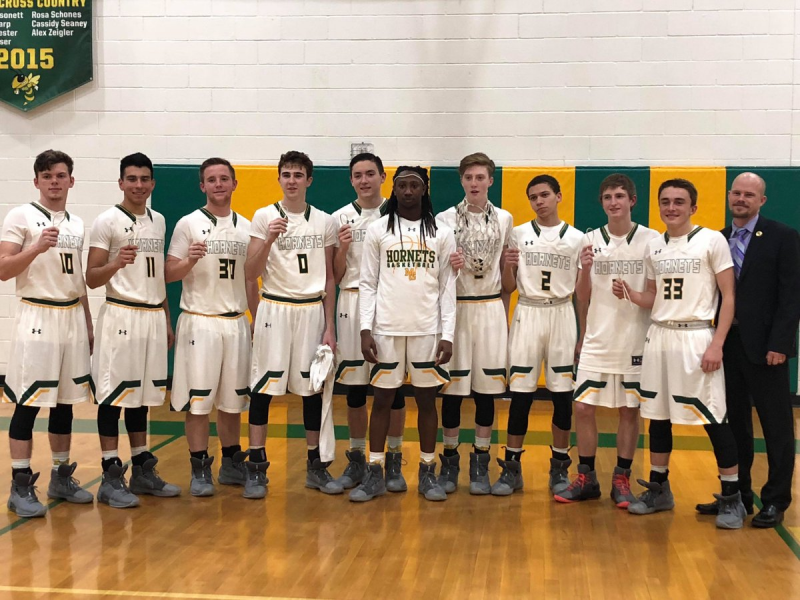 The Miller Grove Hornets finished their district schedule unbeaten but it was not easy in the last district game Friday.

The Hornets seemed to be hopelessly behind Fannindel, 50-40 with just under 7 minutes left in the game. Things began to click in the Hornets closed with a 22-8 run to take a narrow 62-58 win. Andjelo Alcox led the Hornets with 24 points. Luke Brignon, Treyton Andree and Jack McCoy all scored 10 points each. Albert Serrano scored 8 points.

Miller Grove wound up 8-0 in district play and their season record is 22-13. They have a warm up game for the playoffs planned on Saturday with details to be determined.