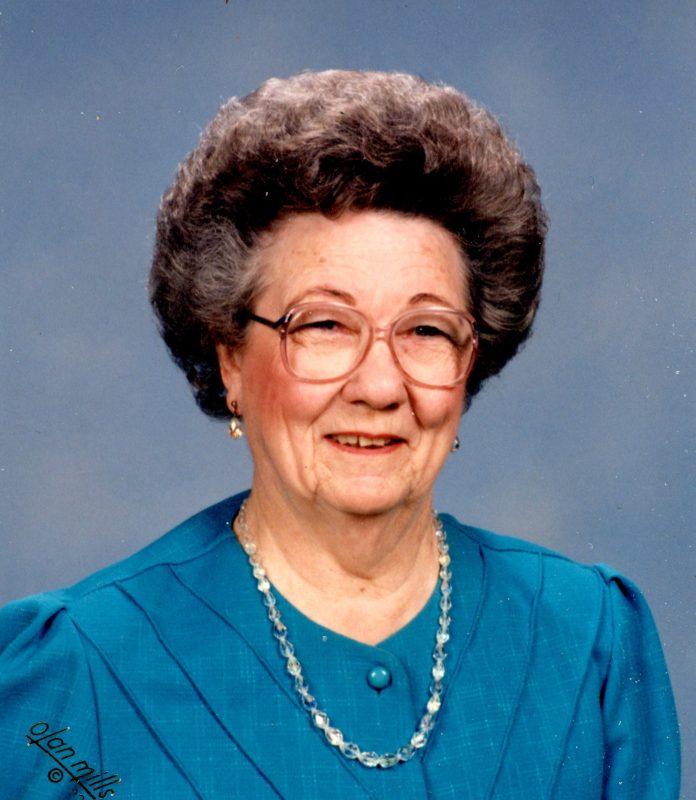 Hesta Mae LaRue, age 100 of Gilmer, passed away on Thursday, February 22nd, 2018 in Gilmer. She was born on January 2nd, 1918 in Hopkins County.
She was a member of the Winnsboro Church of Christ and had worked for many years for American National Insurance.