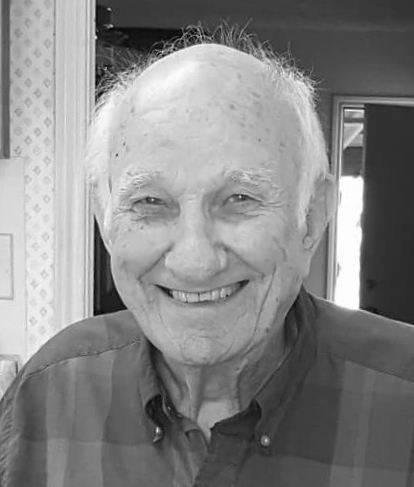 Military Graveside Service for Claudie Alberts, age 90, of La Port Texas will be held at 2:00 P.M. on Sunday, February 4, 2018 at North Hopkins Cemetery, Birthright, Texas with Rev. Bruce Stinson officiating.  There will be no formal visitation.   Surrounded by family, Claudie Edward Alberts passed away at 2:45 PM Thursday, February 1, 2018, in LaPorte Texas, after recently being diagnosed with cancer.

Claudie was born January 23, 1928 in Sulphur Springs Texas to Claud Alford Alberts and Stella Mae King Alberts.  Claudie had just celebrated his 90th birthday with all of his family.  Claudie grew up and worked in the Sulphur Springs area until he joined the Army Air Force in 1946, where he served as a Corporal and a MP.  Upon his discharge he returned home and gave his heart to a beautiful and giving soul, Joyce Marie Wright, THE LOVE OF HIS LIFE.  They were married on December 5, 1950.  From this union, came three children whom he loved very much, Sharon, Don and Brenda.  Claudie and Joyce moved to Houston in 1952 with hopes of his joining the Houston Police Department; however, he arrived too late for the academy and was considered too old by the time the next academy was conducted.  He found other work and decided to make the Houston area home, where he worked extremely hard the majority of his life as a floor mechanic.

Claudie will be remembered by all who knew him as a “gentle soul”.  He was old school with high morals.  He never cursed, never yelled or fought, and lived a clean, quiet, considerate and respectful life.  He had a great sense of humor and a flirty, teasing personality and was known for quirky sayings such as “fine as frog hair” and “Slick as snot on a door knob.”.  He was always available to help his children and grandchildren with anything they needed.