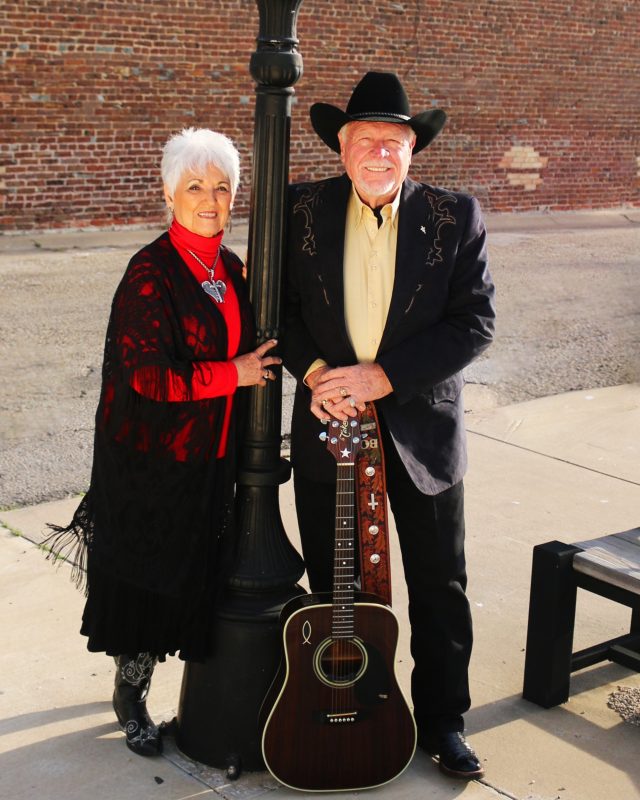 With almost 35 years in a gospel music ministry, Buddy and Ina Gore and Psalms 100 are gearing up to have a busy 2018. Their first appearance will be at the Reilly Springs Jamboree on Saturday January 20 as they put on an opening concert for Metroplex-area gospel minister, Mary Fay Jackson. The Gores met Mary Fay over two decades ago when they joined the ICGMA, or International Country Gospel Music Association. Both have been the recipients of the Joe Paul Nichols Lifetime Achievement Award and Hall of Fame induction, and both remain quite active in ministering at Revivals and gospel conventions, and in Christian music venues.

Buddy Gore and Ina Delozier met and married in 1982. Ina was already in a gospel duo and in time, Buddy put together a band which began a traveling ministry all over Oklahoma and the Ark-La-Tex as Psalms 100 and the Joyful Noise Band. Over the years, numerous local musicians and singers have been members of that group. The Gores also operated a charter bus business called BGM Tours as well as the annual Gospel Songfest which was part of the Hopkins County Fall Festival for 33 years. During 2017, Buddy and Ina decided it was time to slow down a little bit and became a duo. They continue to minster at Revivals around Northeast Texas and with the Brashear Baptist Church Praise and Worship team while enjoying their home, garden and grandchildren.

Their concert at the Reilly Springs Jamboree will begin at 6pm on Saturday January 20, followed by Mary Fay Jackson at 7pm, with Roger Reed and the Sunshine Band with a country concert at 8pm. Admission is $10 person. The Jamboree is held at the Reilly Springs Community Center in the southeastern part of Hopkins County at 109 CR 1439, and offers a family-friendly smoke and alcohol-free atmosphere.