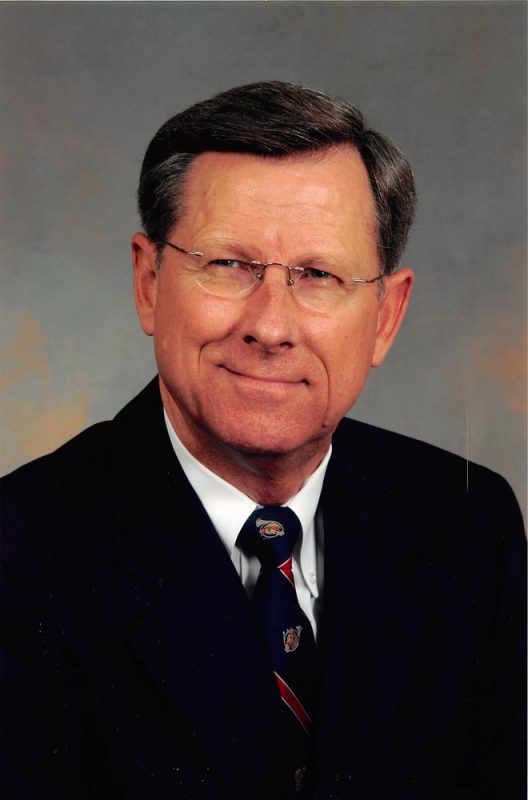 Funeral services for Larry N. Moore, 77, of Sulphur Springs, will be held at 1:00 p.m., Friday, January 12, 2018 at West Oaks Funeral Home with Rev. Henry Suche officiating. Interment will follow at Forest Park Cemetery in Greenville, with Brett Moore, Mike Moore, Kaden Moore, Noah Tippit, Brad Potteiger, Kyle Potteiger, Parker McGlamery, and Chris McGlamery serving as pallbearers. Honorary pallbearer will be Carston Moore. Visitation will be held from 11:00 a.m. to 1:00 p.m., prior to the service. Larry passed away on Monday, January 8, 2018 at his residence.

He was born on March 19, 1940, in Greenville, TX, the son of Benton and Ina Green Moore. He married Bonnie McGlamery on July 29, 2005 in Sulphur Springs, TX. She survives. Larry graduated with his BS degree from East Texas State University in 1962, where he was a member of the Kappa Alpha Fraternity. He was a member of Jaycees Club from 1970 to 1972 and Kawanis Club in 1970 where he became the president in 1975. He taught social studies at Richardson High School from 1962 to 1968. In 1968 he became an agent for State Farm Insurance where he worked for 50 years. He was state director of the National Association of Life Underwriters from 1968 to 1971. He was an instructor for Greenville Red Cross Water Safety and a little league coach for many years.