Although Hopkins County Commissioners’ Court tabled an item on Monday’s agenda, that items will grace the Friday agenda for a special meeting of the court. The addendum of the item to purchase new, technologically updated voting equipment for elections on the special meeting agenda came as a result of a conversation with Hopkins County Clerk Debbie Shirley Monday during a budget work session that followed the Monday regular meeting.

Commissioners  had voted to table the purchase of new voting machines Monday after Commissioner Mike O’Dell stated he thinks the new machines are too expensive and Commissioner Wade Bartley said the current machines should be used until they no longer worked.

For some time Debbie Shirley, County Clerk, has wanted to improve the voting equipment in the county. With several payment options offered, a new county clerk coming into office after the first of the year, the newer machines easier to learn, and the new machines considered more accurate and fitted with the technology that fits the current hub voting process, Shirley presented her plea for the new machines. She pointed out that much of the current system used was purchased in 2005 and technology has changed in the voting field over the years. Shirley expressed concern regarding the current voting equipment with the March 6 Primary Election weeks away. The county auditor told the court that there was enough money in the fund balance to pay for the new machines and that other options were available.

Only two companies in Texas are approved by the Secretary of State to sell the machines. The proposal was presented Monday included a discount in price and an extra year of maintenance by the company presenting the offer. The company had stated that the price offer was only good through Monday but did agree to extend the offer when notified Monday of the Friday special session. The machines and offer had been approved for the county by the Secretary of State’s office last week.

Other routine business is included in the special session of the court. However, the tabled items regarding the building of a new courtroom at Hopkins County Jail are not included in agenda items. 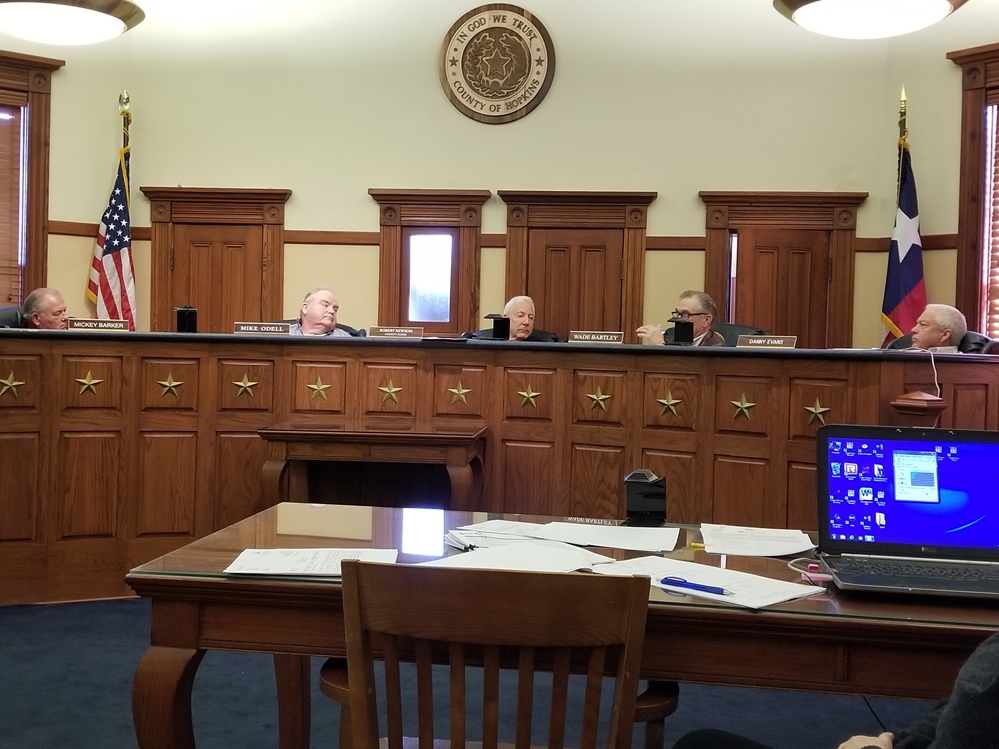