Local MMA standout, Ryan Chester fights again this Saturday at Gas Monkey Live in Dallas.   The “Xtreme Knockout” Texas MMA is being held at the Gas Monkey Live Venue this Saturday, January 6th.  The venue is located near the corner of I-35 and W Northwest Highway in Dallas.  Chester has been participating in MMA for the a little over a year and currently has a record of 2 wins and only 1 loss.   Chester, who has been training locally for two and a half years at the local Ion Jiu Jitsu facility, continues to climb the ranks of MMA.  Chester faces opponent Anthony Stanley (1-0) in the amateur rounds which start around 5:30   The Chester-Stanley fight should be closer to the end of the amateur rounds, as the Professionals start at 7:30pm.  Tickets can be purchased online by going to the promoter’s website found here:  Fight Tickets

Chester also has a date set for February 16th to fight Ex-Dallas Cowboy player Greg Hardy.  Hardy is new to the MMA arena as he has only fought in two fights so far, but won his first bout in only 32 seconds.  In his last year in the NFL, Hardy played for the Cowboys, but battled issues on and off the field and was not re-signed with the Cowboys after the 2015 season.  The February bout will be held at The Bomb Factory in Dallas and should draw a strong crowd as well as this Saturday’s event. 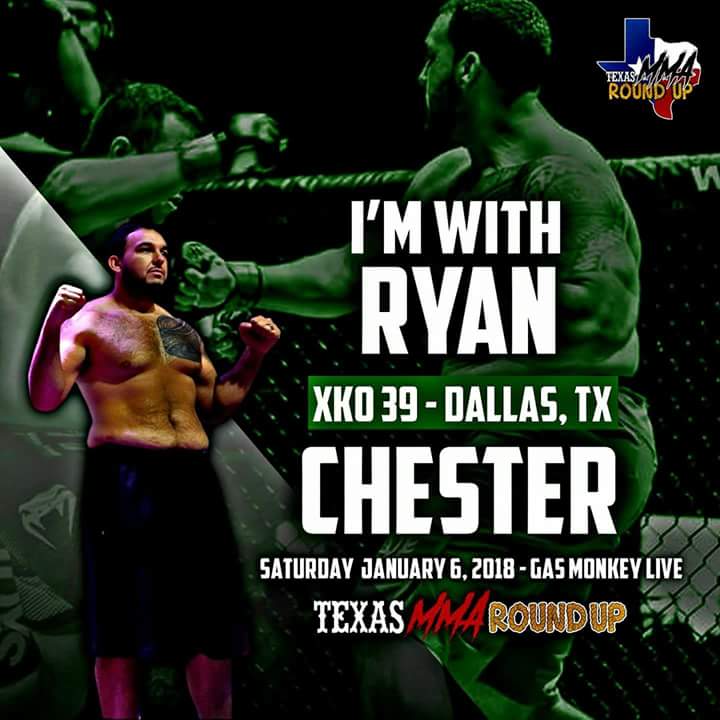