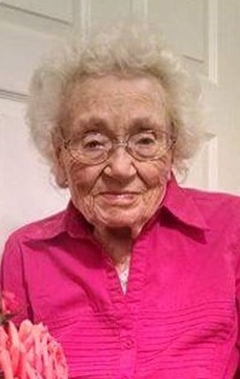 She was born on October 11, 1922 in Fluvanna, TX, the daughter of Robert and Fannie White. Alleta was a homemaker all her life and of the Pentecostal Faith.