The Lady Cats outscored the Lady Mavs in each quarter leading 22-11 after one quarter, 39-17 at halftime, 60-27 after three quarters and 71-27 at the end. Marshall went the entire fourth quarter without a point.

Lady Cats point guard Sadavia Porter got off to a sizzling start scoring the Lady Cats first ten points. Porter had 21 points at halftime and ended with a game high 28 points including four three-point baskets. She also had a team high 6 assists. The team racked up 19 assists sharing the ball. Kaylee Jefferson had 14 points and 7 rebounds. Danielle Godbolt scored 10 points including two three-point baskets. Imani Taylor and Autumn Tanton both scored 6 points. Taylor hit two three-pointers. Te’Arria Rose had 3 points hitting one three-point shot. .Jamia Hall and Tareyla Kelley both scored two points. It was a very good shooting night for the Lady Cats. They hit 54% from the field making 30 of 56 shots. The Lady Cats even shot a red hot 53% from three point range sinking 9 of 17 three-point attempts. The Lady Cats made 2 of 4 free throws for 50%.

The Lady Cats are 4-0 in district play and they are 18-3 for the season. Their two biggest first round district tests remain before them. The Lady Cats play at Texas High Friday night. After a bye next Tuesday, the Lady Cats will host Mount Pleasant Friday week in Wildcats Gym to complete the first half of district play. 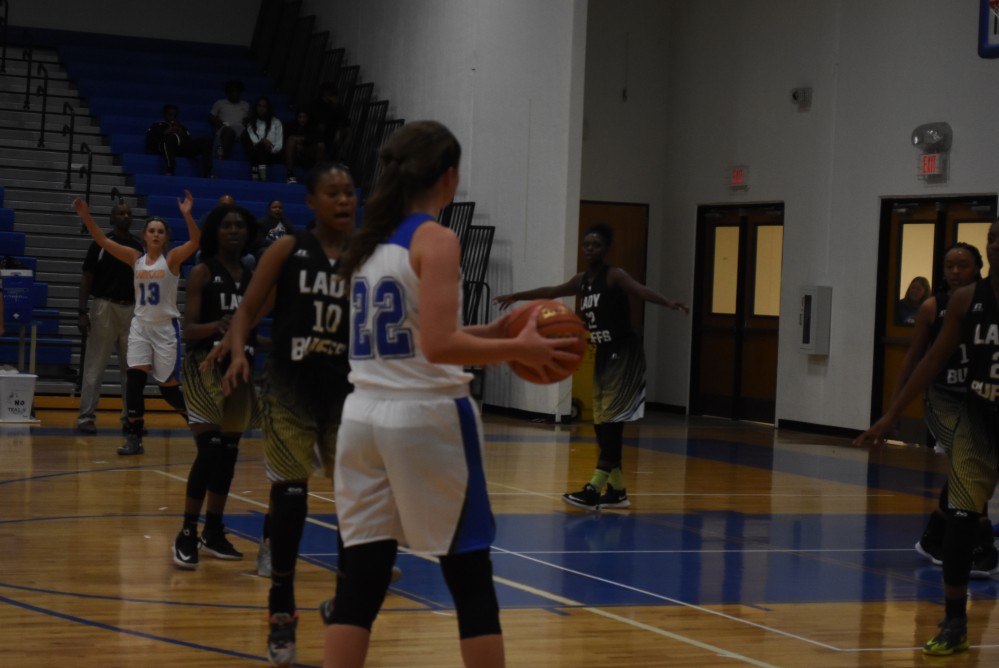