For the past few weeks, co-Director Brenda Payne and her cast of nine local actors have been practicing redneck accents and mannerisms for the holiday run of “A Good Old Fashioned Redneck Country Christmas” on the stage of Main Street Theater December 8-17. Be sure and reserve your seats to enjoy this slightly different but nevertheless warm and wonderful rendition of the Christmas story and a miracle birth among common folk in a small village. 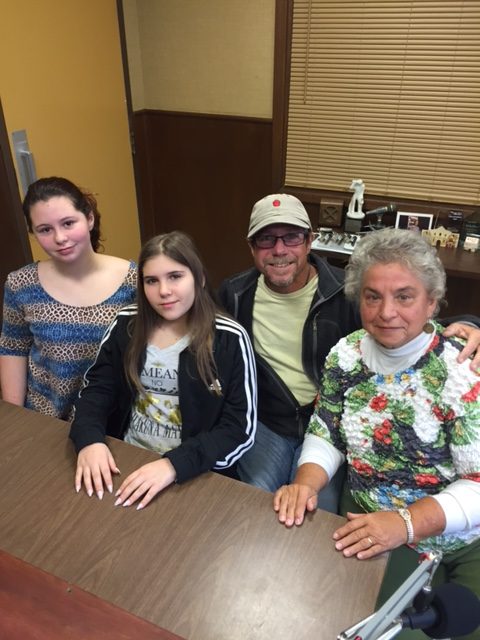 Among the cast are Sierra Joslin who plays “Mark the Doctor”. Sierra is a student at North Hopkins  Middle School who likes sports and theater. Portraying Mary is Kiara Stewater as “Mary Sue”. Kiara is a student at SSMS and enjoys choir and drama. One of the guys in the redneck trio is “Dave”, portrayed by Tim Karl. Tim bring numerous skills to Main Street Theater including stunt acting in Hollywood. Others in the cast are Cindy Lancaster, Shawn Deterding and Sheila Armstrong. Barbara Grubbs is co-director,

Main Street Theater is located at 225 Main Street, downtown Sulphur Springs, Texas. Tickets are $10 each, evening shows start at 7pm and matinees begin at 2pm. Make reservations at 903-885-0107 or mstsulphursprings.com

A GOOD OLD FASHIONED REDNECK COUNTRY CHRISTMAS
Directed by Brenda Payne and Barbara Grubbs
Show Dates: December 8th-17th
​
What if the three wise men weren’t really all that wise? What if they were just three ordinary guys, avoiding conflicts at home, who happened upon the greatest story ever told?

Set the entire story in modern day America, sprinkle in a little redneck humor, and you have the smash A Good Old Fashioned Redneck Country Christmas Bill, Dave, and Jimmy have had it with their women! Even though it’s Christmas Eve, and tradition dictates they should be home, drinking hot cocoa and singing carols, the boys decide to high-tail it into the mountains for a little hunting and a lot of beer.

This protest does nothing to improve the mood of the women back in town. Lou runs Lou’s Diner. She and Bill and have been trying (unsuccessfully) to have a baby. Barbie Jo, Lou’s head waitress, is married to Dave, and they have kids, but Dave’s not interested in family this year. Darlene, the most beautiful girl in three counties is dating Jimmy, but while she’s ready to settle down, Jimmy can’t stand the idea of “committment”. It’s gonna take a Christmas miracle to get these redneck families back together! Thank God one just came to town!