Lady Cats One Step Closer to Championship at Edgewood Tourney

The Lady Cats’ basketball team got one step closer to getting in the championship game of the Edgewood Tournament with a quarter-final win over Campbell, 52-30 Friday morning (December 8).

The Lady Indians put up quite a battle after falling way behind after the first quarter trailing the Lady Cats, 15-2. The Lady Cats also led at halftime, 31-14. In the second half, the Lady Indians seemed to do a better job of avoiding turnovers and they began to cut into the lead. After three quarters, Campbell only trailed 37-26. They got to within 9 early in the fourth quarter. The Lady Cats responded and built the lead back up for the 22 point win at 52-30.

Kaylee Jefferson led the Lady Cats with 16 points. Autumn Tanton added 14 points and Sadavia Porter had 12 points. Danielle Godbolt scored 8 points and Te’Arria Rose scored 2 points. The Lady Cats won despite struggling with their shooting. They hit 21 of their 57 shots for a so-so 37%. That included 0 for 7 from behind the three-point arc. However the Lady Cats were a perfect 10 for 10 from the free throw line.

The Lady Cats got 24 steals. Tanton was the team’s top rebounder with 8. Jefferson and Godbolt had 6 rebounds each. Four of both Tanton’s and Jefferson’s rebounds were offensive rebounds. The Lady Cats improved their season record to 10-2. They have won four games in a row. 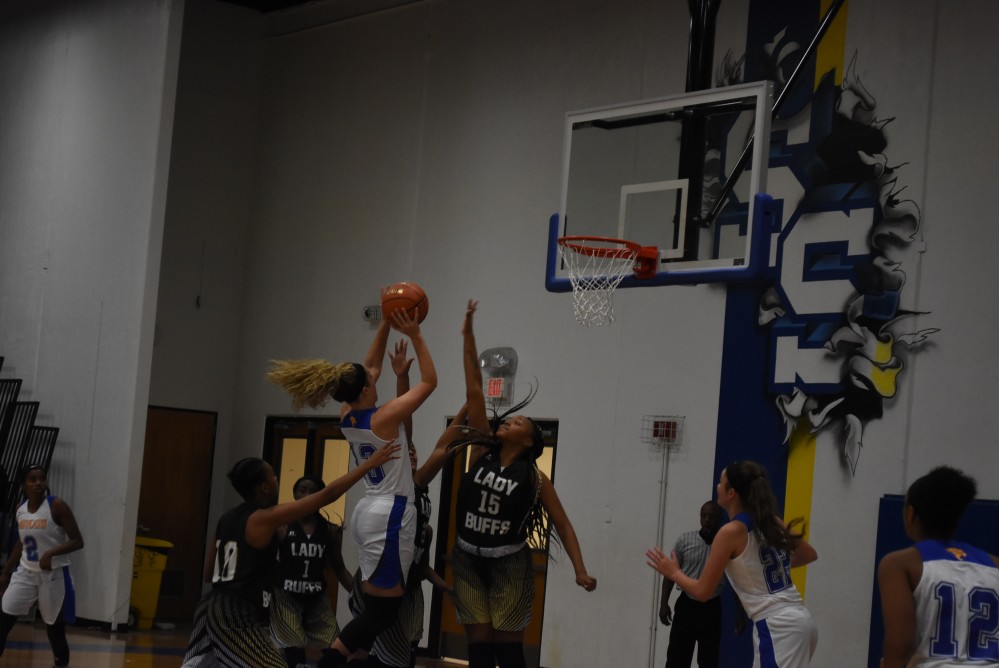