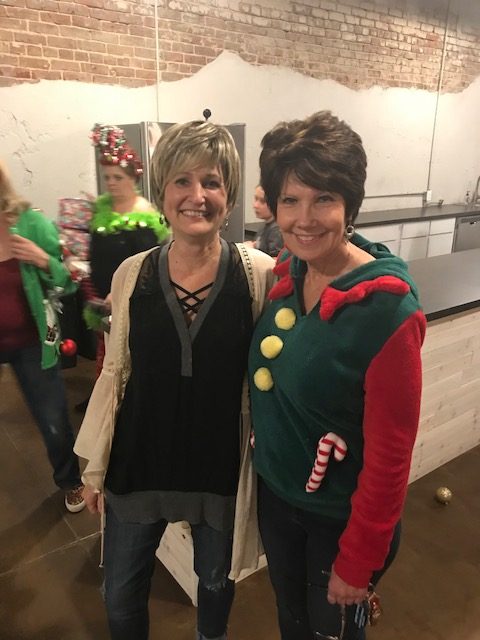 It was the first ever “Ladies Night Out” merchant event! Shoppers and diners took advantage of late hours at over three dozen shops, eateries, stores, boutiques, wineries and coffeeshops in the shopping district of Sulphur Springs. Business was brisk until 8pm when the participating merchants closed their doors and converged at a central meeting place, The Venue at 219 on Main Street. That’s where door prizes were awarded and the “Tacky Christmas Sweater” contest was held. Dinky Weeks, manager of The Corner Grub House, won the $50 Visa gift card provided by DBA. Plans are already being discussed for expanding the event next year. 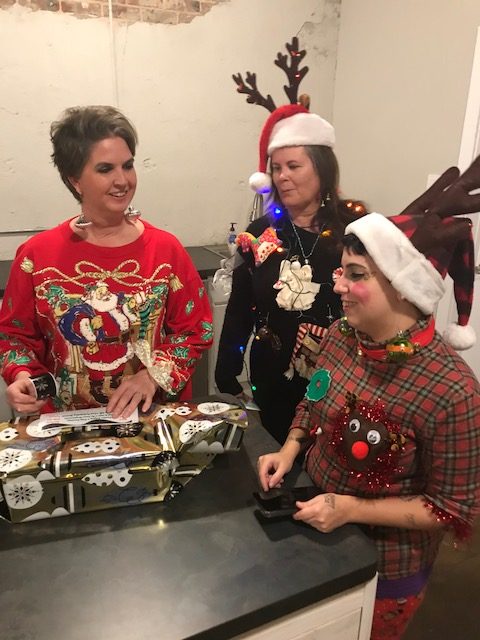 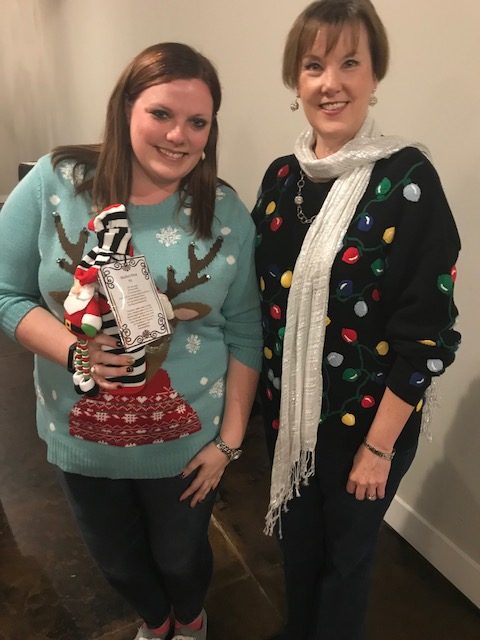 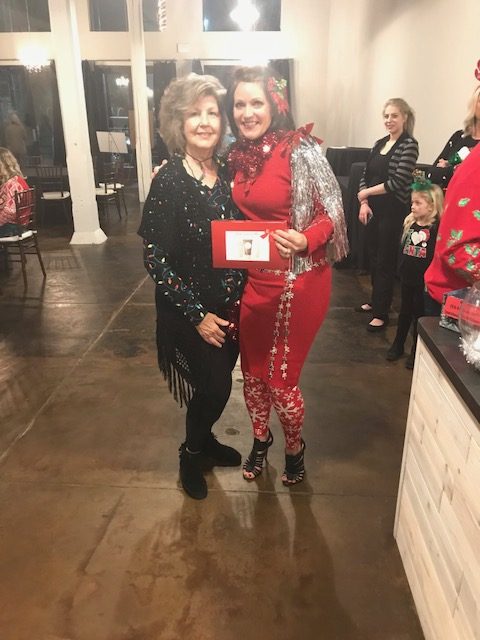 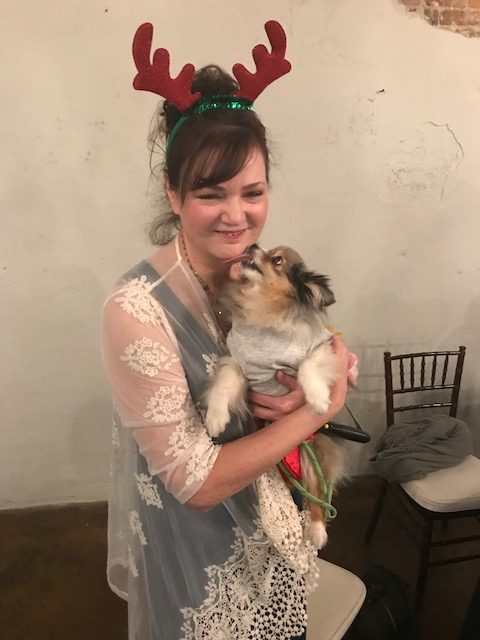 Marcie, owner of The Secret Garden entered her costumed pet in the contest 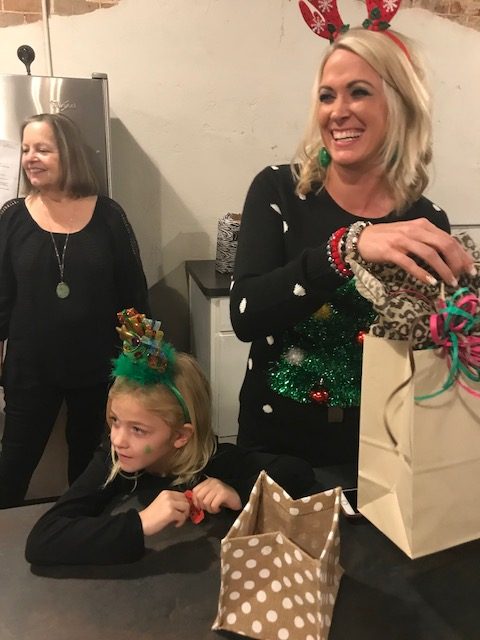 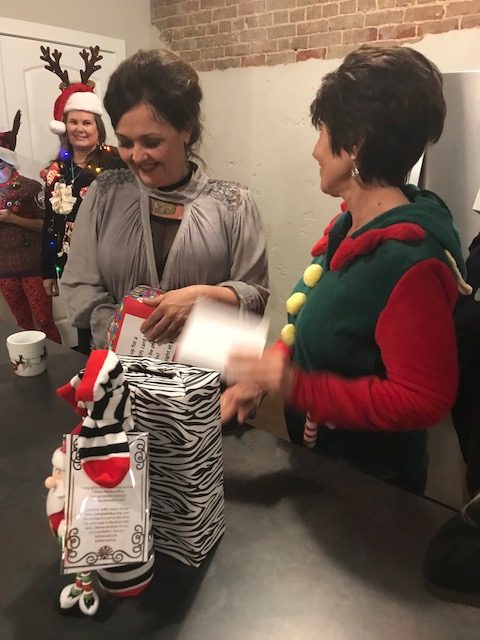 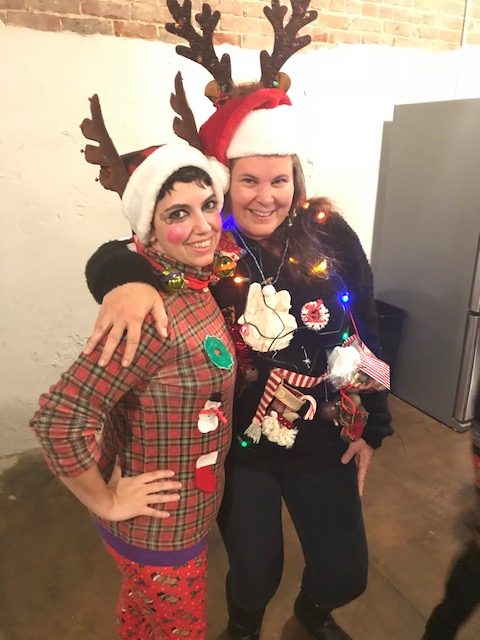 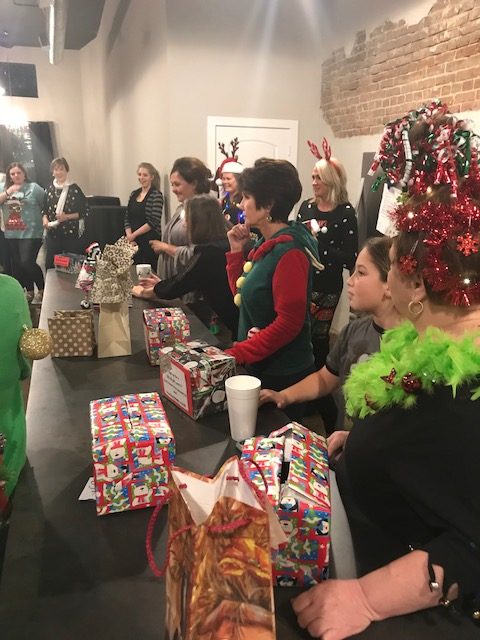