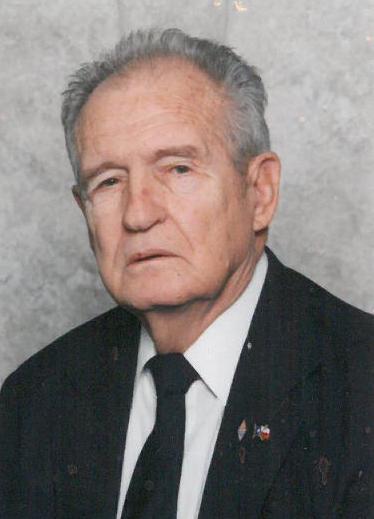 James Calvin Wheatley answered God’s call to return home on December 12, 2017. Born June 16, 1927 to Willie James (Bill) and Edna Simmons Wheatley. James was the eldest child in the family that eventually included brother Marvin and sisters, Dorothy, Pat, Wilma, and Frances. After graduating as a member of the Kermit High School (Texas)
Class of 1943, James served his country as a member of the U.S. Army occupation forces in Italy after the end of WWII. Upon returning to the United States, James completed his college education, earning a Master’s degree in physics and preparing for a career as a teacher, like his father and mother. Prior to starting his teaching career in the fall of 1954, James obtained a “summer” job in the West Texas oil field….one that lasted into the 1980s as an employee of the Western Company of North America and later, Crutcher Resources Corporation. After retirement from the oilfield, James did make use of the Texas, lifetime teaching certificate earned so many years before as he taught for several years in the Dallas area Wilmer-Hutchins ISD.

James married Katrene Pickett Coats in 1956 and the union endured until Kate’s death in 1990. James’ subsequent marriage to Billie McElroy ended with Miss Billie’s death in 2000. Stepsons, Richard Curtis Coats and Charles Rodney Coats and son Russell James Wheatley always had a dad interested in, and supportive of, their activities. Lessons learned from James were remembered and passed to the sons and daughters of Rick, Rod, and Russ……one of the greatest pleasures in James’ life.

James was a good, decent man, believing in his God, his country, his family and the importance of doing right because it is right–and of passing those beliefs to those he knew and loved. We love and will miss James, but rejoice and are blessed for having known him.