Wildcats Offensive Coordinator Matt Young said his offense did a good job of executing Friday night in a 21-7 victory over Greenville. He said meanwhile the emphasis would continue to be on hanging onto the ball. Coach Young said he was proud of the offense. He was especially pleased that the offense was able to burn the last 6:03 off the clock using the offensive line and running backs. Coach Young praised the effort of offensive linemen Jesus Olivo and Ethan Rogers, running backs Colton Allen and Searn Rodgers, B backs Logan Caton and Jermond Bryant-Amos and quarterback Ryan Humphries. He said wide receivers Landry Tyson and Simeon Taylor did a good job of blocking. The Wildcats play at Hallsville Friday night and Coach Young said it always seems to come down to the Wildcats and Bobcats playing at the end of the season in games that have a lot on the line. He said there was a new coaching staff in Hallsville but he said it was the same Hallsville. Coach Young said they were physical, extremely well coached and ones that play hard and run to the ball. He said they have a good sized defensive line, linebackers that are undersized but who play fast, with guys in the back who can make plays. Coach Young said they blitzed a lot against Texas High last week. 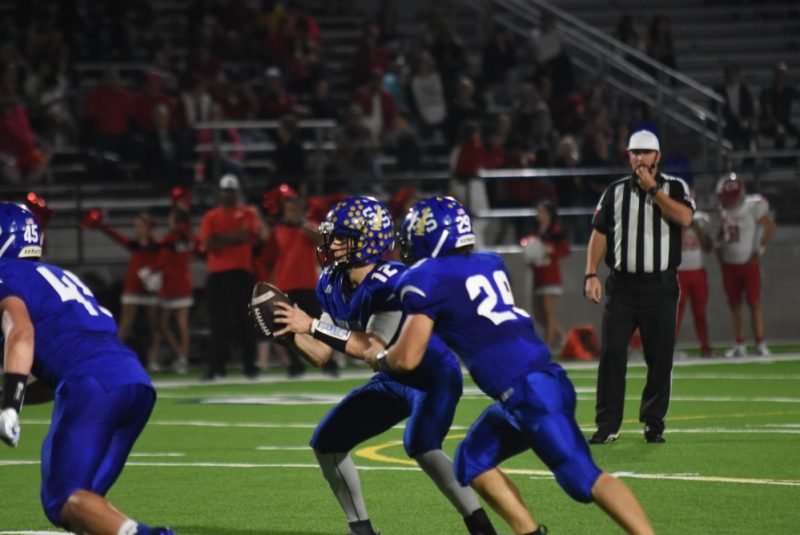