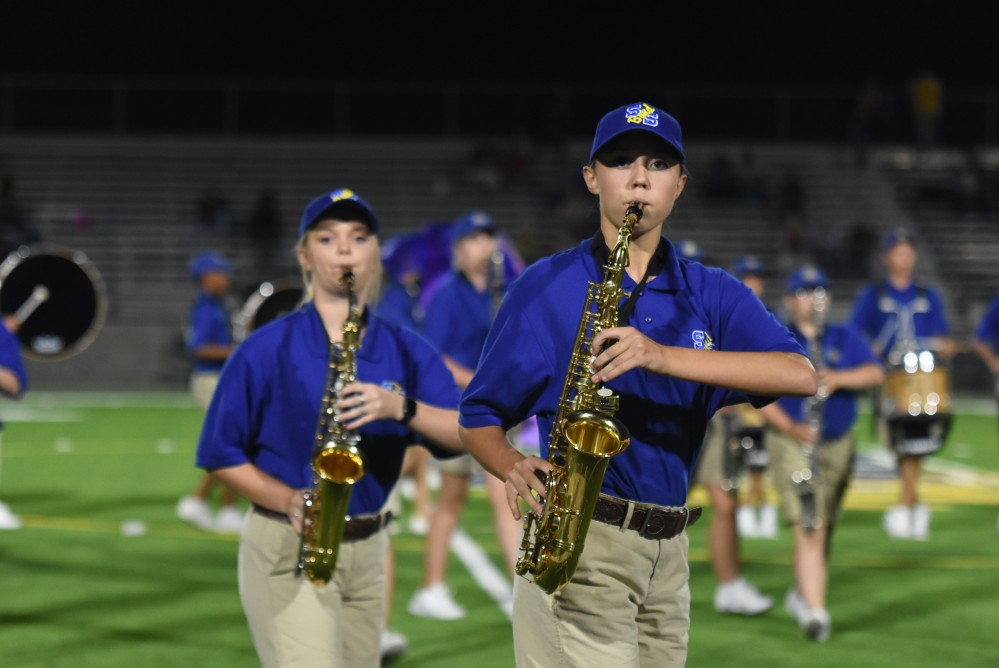 Members of the Wildcats Marching Band will be busy at veteran-related events this week.

The Jazz Band will play at the annual Wal-Mart salute to veterans at League Street Church of Christ Monday night.

The band will also be involved in the Sulphur Springs High School reception and assembly for veterans Friday starting at noon. The assembly begins at 1 p.m. Band Director Charles McCauley said some band members would be serving as color guards bringing in the flags at the assembly.

He said percussion members would be marching in a rodeo veterans parade Saturday beginning at 9 a.m.

Then at 11 a.m. Saturday, the Jazz Band will be involved in a veterans program downtown on the plaza. McCauley said the Jazz Band would be playing during a salute to various branches of the military.

McCauley said it would be a great week providing a great lesson for students reminding them to be thankful for men and women who died for them so that they can live their lives. McCauley said we all stand on the shoulders of other people who have died for us, fought for us and were injured for us so we can have our lives.