Something rare is happening Friday night (November 17) as the Wildcats host a playoff game. They have never done that before, as far as we know. In tonight’s bi-district game, the Leopards of Lucas Lovejoy are coming to town representing District 15-5A and the Wildcats will represent District 16-5A. Both teams ended the regular season with 5-5 records. Both teams played six playoff teams this season. Both teams got hot after a bye. Lovejoy lost their first five games but have won their last five. After a five game losing streak, the Wildcats have won three in a row. The Lovejoy coach is Todd Ford. He’s in his second year. His Lovejoy record is 8-12. Coach Ford says Lovejoy’s five losses were the result of a very tough schedule and injuries. Wildcats head coach is Greg Owens, in his twelfth year. Owens Wildcat record as head coach is 82-58. Coach Owens says he likes the way his team is playing right now. Kickoff is at 7:30 p.m. at Gerald Prim Stadium. The winner of Friday’s bi-district contest will face Frisco Lone Star, who defeated The Colony, 41-16 Thursday night. We will have all the playoff action for you Friday night on KSST Radio. Our pregame show gets underway at 6:30 p.m. We will also videotape the game for replay later on Channel 18 on Suddenlink Cable.

Meanwhile the Lady Cats’ basketball team will also be playing on this Friday game day. The Lady Cats will be taking on Hugo, Oklahoma in Wildcats Gym. The varsity game will be played first at 5 p.m. followed by a JV contest. The Lady Cats’ varsity has opened the season with two wins. They won at Emory Rains last Saturday and at North Lamar this past Tuesday. 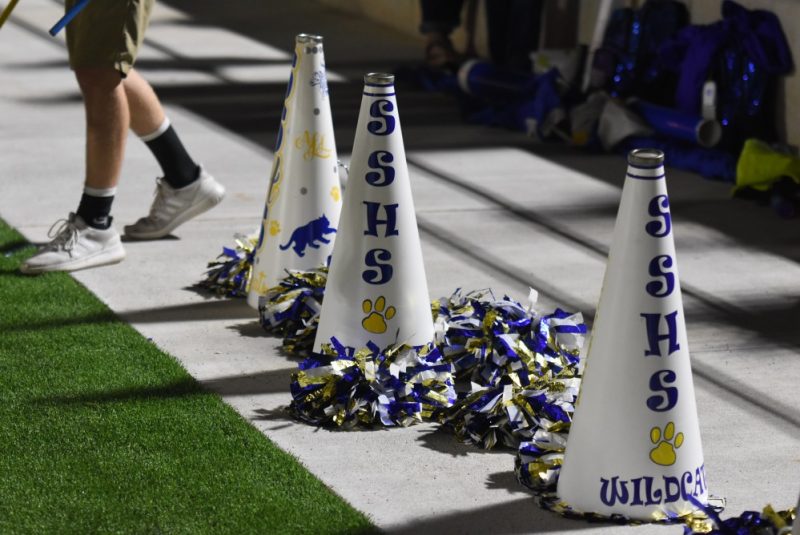