The vote followed a statement to the council by Brandon Day, Secretary-Treasurer for the Texas State Association of Fire Fighters. Day encouraged the council to consult with the TSAFF regarding any changes to current fire department policy, personnel, and performance. City Manager Marc Maxwell accepted Day’s offer and took Day’s contact information following his statements to the council. Maxwell stated to Day and later in conversation with KSST News that he will be contacting the organization for input as the city takes any steps in planning for the future regarding public safety.

The one abstention, Dan Froneberger, stated that he was abstaining because of his support for the most recent fire chief and that he would not vote against Jay Sanders, who he also supports.

In related action, the council purchased three new patrol SUVs from Toliver Ford at a cost of $89,973. It was noted that another bid did not meet engine requirements for the vehicle. 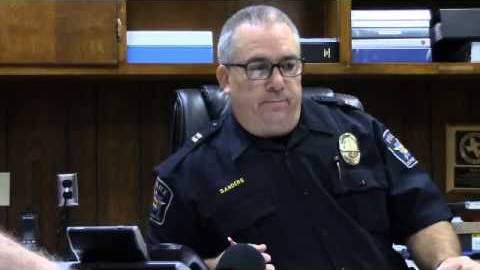