A Brief History of Black Friday 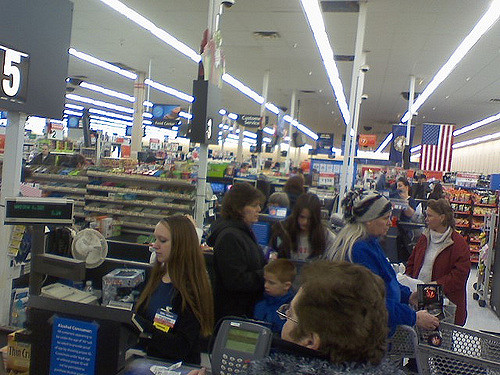 The day after Thanksgiving, commonly called Black Friday and regarded as the first day for many people’s Christmas shopping.  The term was first used to describe a stockmarket crash in September of 1869.

The first instances of the term “Black Friday” being used to describe the day after thanksgiving was in 1950’s Phillidelphia. Police officers worked non-stop to try and regulate the massive shopping crowds, as well as keep shopliffters from getting away.

Then in the 1980’s “Black Friday” refers to when companies “go into the black” and make profits due to the huge influx of  shopping. Companies that might spend the whole year “in the red” not making money focus their energy into the after Thanksgiving sales preparing for the early Christmas Shoppers.

Now days, “the one-day sales bonanza has morphed into a four-day event” including: Small Business Saturday/Sunday and Cyber Monday. Some stores even open as early as 5:00 or 6:00 pm Thanksgiving night, and many people are no strangers to waiting in lines outside to catch the best deals. For more on the history of Black Friday click here. 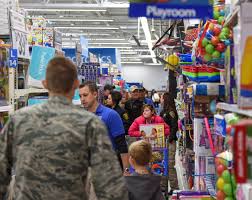 In Sulphur Springs, Walmart was packed Thanksgiving evening and again today with people purchasing their christmas gifts and finding good deals. Lowes has also promoted sales for their Black Friday events.  Marlene’s Sass and Class Boutique will be open until 8:00 pm.

Are you planning on fighting the crowds for something special? KSST would love to hear from you!