The Wildcats Marching Band got all first division scores and finished fourth in a contest in Prairiland Saturday. The contest was the band’s last before they perform at the UIL Area C Marching Contest this Saturday at Mesquite Memorial Stadium. Band Director Charles McCauley says it is the fourth year in a row for the band to go to the Prairiland contest.

McCauley says the Prairiland competition is one of his favorites because it is one of the most well run contests. The past two years, the Wildcats took the grand championship there as the top band. McCauley says the venue is beautiful and he adds Saturday was a beautiful day. The rain stayed away for the most part.

In a preliminary performance, McCauley says the band was better than they were at the UIL region competition last Tuesday after about a week of practice. Three band judges and judges for color guard, percussion and drum majors, all gave the Wildcats Marching Band first division or one ratings. McCauley says the band had some intonation problems during the finals. He says everybody seemed to. He doesn’t know why ruling out a weather change or fatigue. McCauley says it was nothing major for his band. The Wildcats Marching Band has been to more contests than usual this year. McCauley says it is a good year to do that since his younger than usual band is doing a complex show that requires lots of practice and tweaking. The band saw 34 seniors graduate last year.

McCauley feels the young band members have picked up experience this season that they can benefit from in future years. 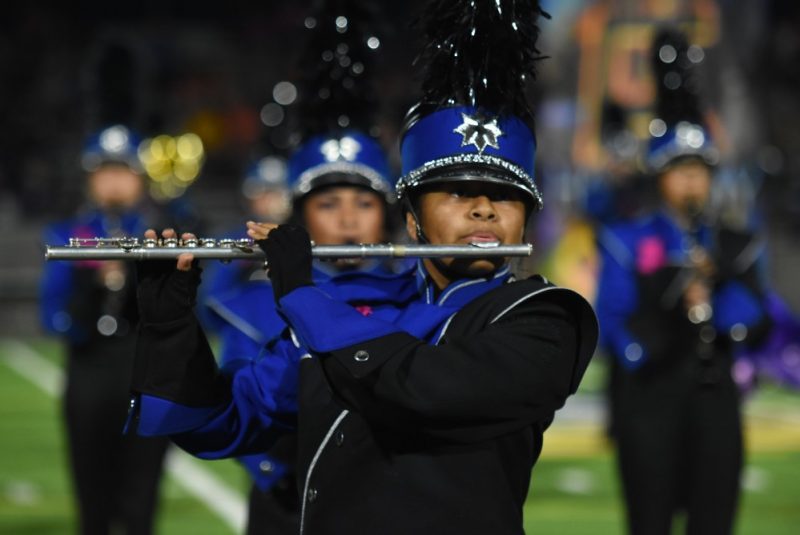