Wildcats Defensive Coordinator Triston Abron said the bye week was a very productive one for the Wildcats. He said it allowed players to heal up some and to work on improving technique. That included spending time on tackling. Coach Abron said he did not think the Wildcats would be facing the district’s top rusher, Mt. Pleasant’s freshman running back Tylan Hines. He said it is his understanding that the back suffered a broken arm against Texas High last Friday. Coach Abron called the back impressive with his ability to see holes and hit them. It also leaves him wondering what scheme Mt. Pleasant might come up with to compensate for the loss. Coach Abron said the Tigers might turn to some other talented backs. He speculated they might move receiver Dorian Glinton back to running back. Last year Glinton had a big game rushing against the Wildcats. Coach Abron said he was also impressed with Tigers quarterback Josh Morris. He called him a big, thick lefty who does a good job of passing and of running the Tigers’ offense. Coach Abron also said the quarterback is a load when he runs with the football and he added he would try to run over defenders. Coach Abron said the Wildcats front seven would have to be active against the Tigers. 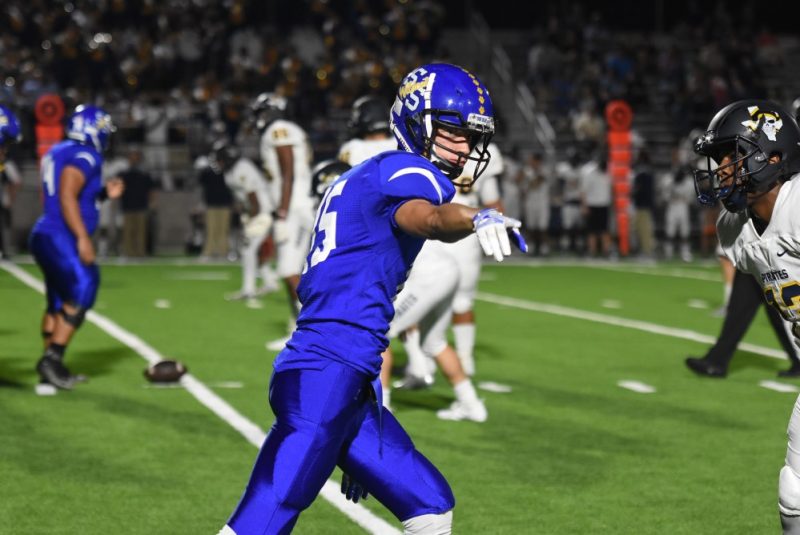