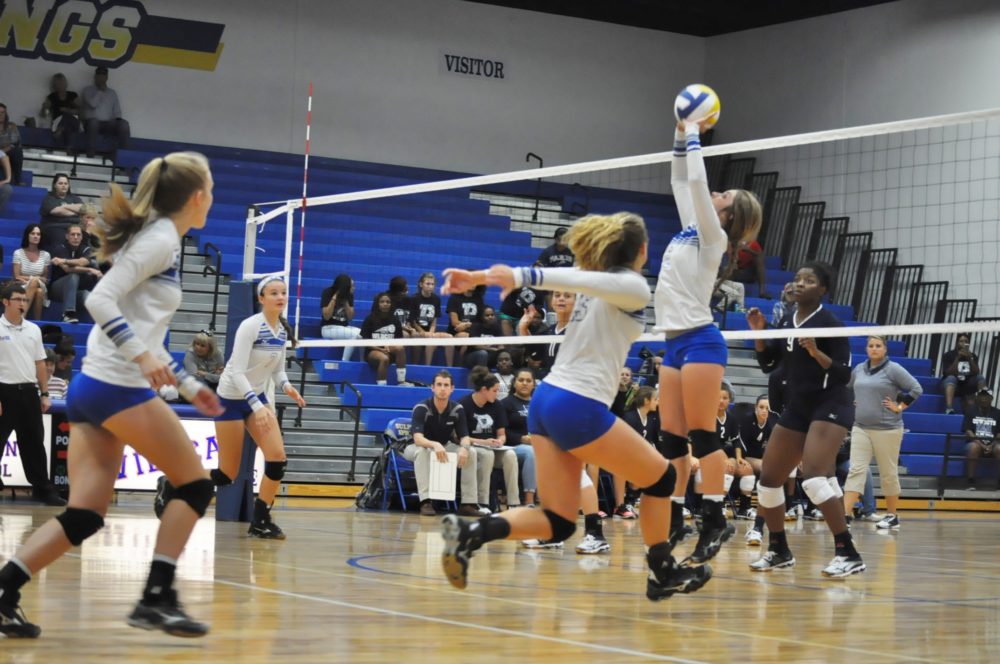 Right side net player Madi Vickery had several big kills at the crucial part of set one. Coach Maness said she has been playing very well. He said the position is primarily a blocking one but he said Madi was also getting some kills when opportunities arose. Coach Maness acknowledged that several of his players were killing the ball hard. He mentioned Mieke VanBenthem and Autumn Tanton. Kaylee Jefferson has been too. The Lady Cats ended the first half at 4-2. Coach Maness said one or perhaps two matches got away from the Lady Cats in the first half. The Lady Cats open the second half against Hallsville on the road Tuesdaynight. Hallsville won in Sulphur Springs back on September 15.