Lady Cats Volleyball Coach Justin Maness said it seems every time his team steps on the court, they get little bit better. He had just watched the Lady Cats dominate Mount Pleasant, 3-0 on senior night Tuesday night in Wildcats Gym. Coach Maness said he was glad to see his team improving heading into the playoffs.

He said he knew his team would be hard to beat on senior night. Coach Maness said he had six seniors who wanted to leave the home court with a win. He said he figured the seniors would make everybody else rise to their level of intensity to get it done. Coach Maness said the whole team played great. He added he thought libero Maggie McGlamery had a real good match. She led the team with 13 digs. Coach Maness said Maggie seemed to be everywhere picking balls up. He said everybody did a good job of getting balls up and setting them up so that we could hit it. 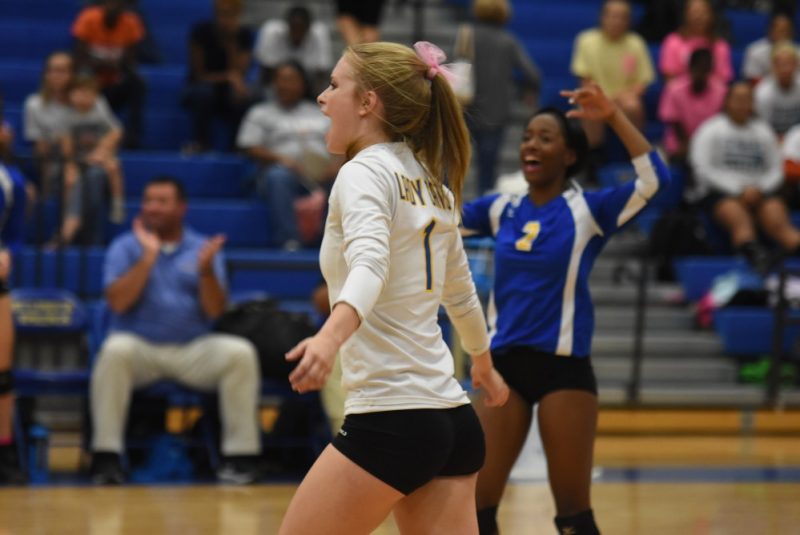