Halloween turned out to be all trick and no treat for the Lady Cats’ volleyball team as their season came to an abrupt end as the Wylie East Raiders defeated the Lady Cats, 3-0 at Royse City Tuesday night.

The Lady Cats troubles started right away in the first set. The Lady Cats did have several early leads including at 5-4. The Raiders then scored eight straight points to lead 12-5 and they were off and running. Wylie East took set 1, 25-12. The hard fought second set could have gone either way. The Lady Cats seemed to be on the verge of evening the match as they held a 20-16 lead. After a time out, Wylie East quickly tied the set at 20-20. It was also tied at 23-23. The Raiders scored the crucial last two points to take a 25-23 win in set two to give them a 2-0 lead in sets.

The Lady Cats seemed to be in trouble throughout the third set. At one point, Wylie East led 17-9. Then the Lady Cats had their back to the wall facing set and match points trailing 24-19. With Autumn Tanton serving the Lady Cats got back to within 24-23. Wylie East hit a winner and the match ended with the Raiders taking another 25-23 win.

The Lady Cats wrapped up the season with a 28-13 record. They will be remembered as district champions. Six terrific seniors who all made huge contributions have played their last game as Lady Cats. They are Kaylee Jefferson, Anden Hammack, Mieke VanBenthem, Maggie McGlamery, Imani Taylor and N’sya Dugan. Six varsity members are expected to return. 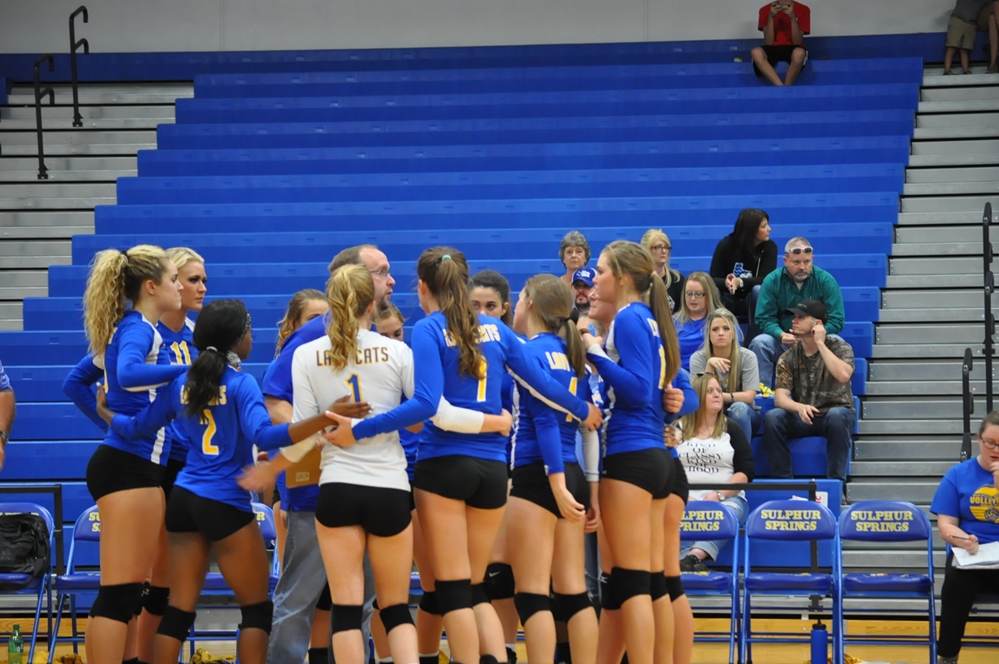