Some highlights and low lights from Wildcats Football Coach Greg Owens on KSST and Channel 18 TV’s Saturday Morning Coach’s Show after the Wildcats 55-47 loss to Pine Tree at the Prim Friday night. Coach Owens said there was no lack of effort for the Wildcats. He said things are getting better. The offense started clicking in the second half. The defense started off terribly, got some stops later but again was plagued by big plays. The tackling was pretty good. The defense got turnovers. Coach Owens said hats off to Pine Tree for making plays. Still the Wildcats never quit. Both teams executed onside kicks. Coach Owens really like the punting game. Jermond Bryant-Amos had a 54 yarder. Angel Tavera continued to pen Pine Tree deep with punts. Kick coverage was good. The offensive coaches made good adjustments after a very slow first half.

There were three straight drives where the Wildcats turned the ball over. Coach Owens was impressed with the play of newcomer Jaxon Chaney at right tackle. He also liked Jesus Olivo at left tackle. The secondary got three interceptions from D.J. Abron, Austin Dodd and Terrell Turman. Marshall, who won 35-33 over Texas High Friday night, is next. They have a new head football coach, Claud Mathis. He was an assistant at SMU for several seasons. Very successful run at powerhouse DeSoto. Coach Owens added the district race is wide open. Wildcats have to go back to work. 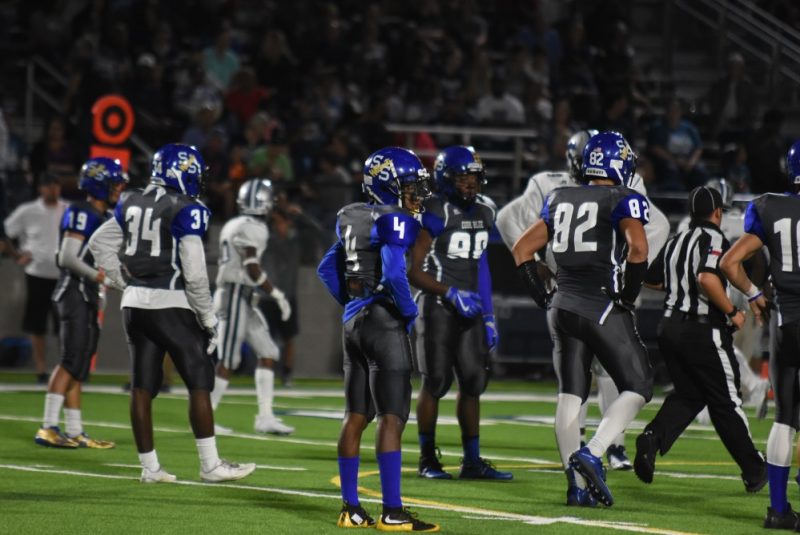