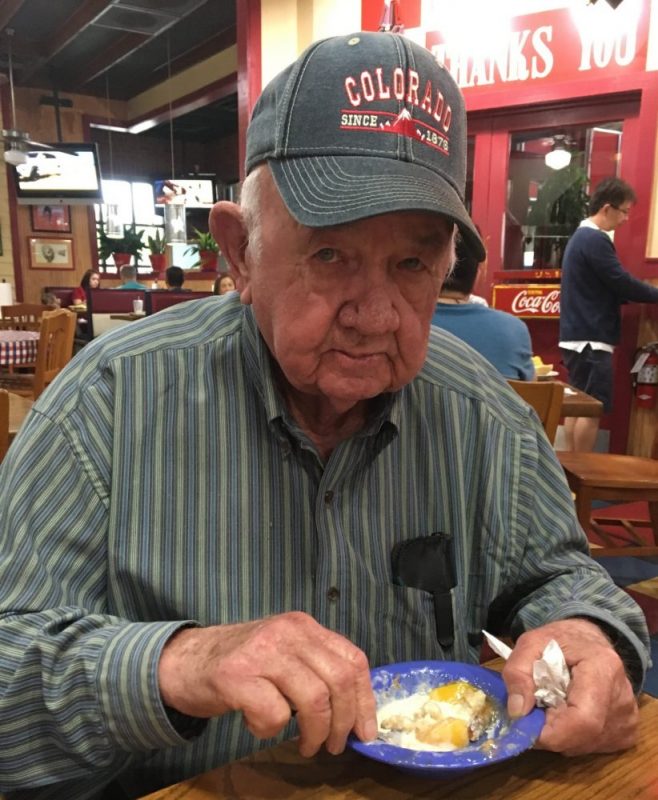 Funeral service is scheduled for 2:00 PM, Monday, October 16, 2017, at Point Church of Christ. Visitation will be prior to the service from 12:00 – 1:45 PM, Arles Vandiver will officiate.  Interment will follow in Lone Star Cemetery.  Wilson-Orwosky Funeral Home of Emory is in charge of arrangements.

Leighton was born in Point on August 26, 1930, to Enos Franklin and Jessie Lee Parker Hooten. Leighton proudly served his country in the United States Army.  He married Peggy Jean Robinson on May 31, 1954 in El Paso, TX; they were married 60 years and had two wonderful children.  Leighton worked many years for General Motors as a shipping/receiving clerk and he was a member of United Auto Workers Union.  Leighton also worked hard all his life as a farmer and a cattle rancher.  He was a member of Point Church of Christ.