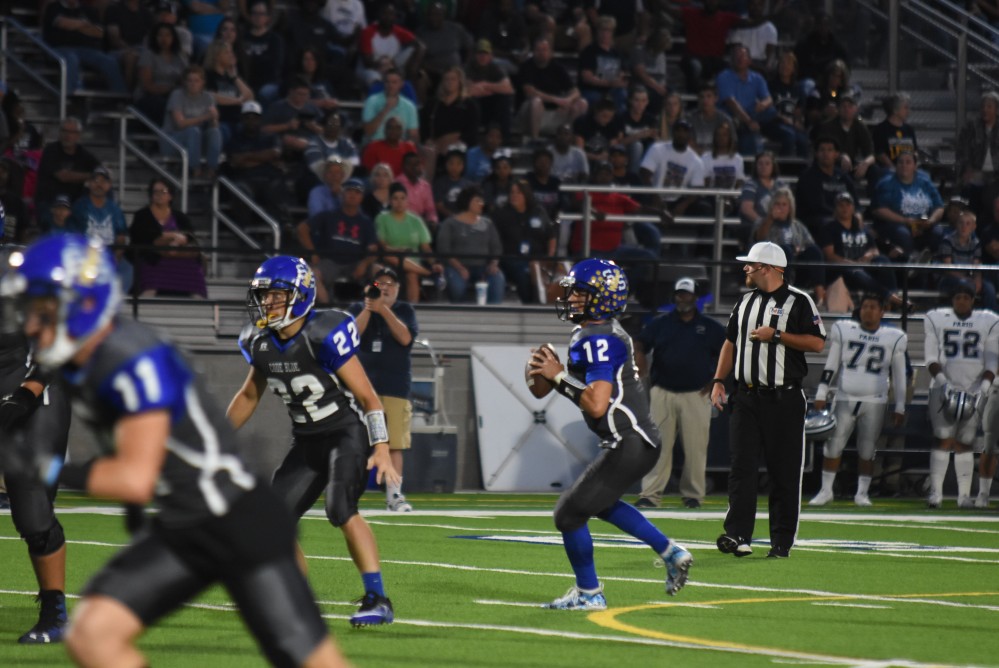 After winning two and losing two in non-district games, the Wildcats’ football team dives into district play this Friday against Pine Tree at Gerald Prim Stadium. At his weekly news media gathering, Wildcats Football Coach Greg Owens discussed the beginning of district play and taking on Pine Tree. He said he hoped the Wildcats would have a new focus this week but he said you never know with 16 and 17 year old kids. Coach Owens said the weather definitely impacts practice. He said hot weather lowers energy while cool weather makes players giddy but can result in lost focus. Coach Owens said the Wildcats want to win the district championship and he said step one in that process would be defeating Pine Tree Friday. He said the team was still working to get better and be more consistent. Coach Owens said the players had to keep grinding. After days of evaluating personnel, Coach Owens said some players have been moved around. He said competition has been increased at several positions to hopefully improve performance. Coach Owens said it was hard to handicap the district race right now. He said some of the early results depend on who teams have played.