The Wildcats’ football team played solid offense and defense to defeat Sherman, 42-21 in the season opener for both teams at Sherman Friday night.

The Bearcats actually struck first midway through the first quarter as big and tall Sherman quarterback Blaise Bentsen raced 76 yards right down the middle of the field for a touchdown. Sherman tacked on two extra points on a run from the swinging gate formation. Sherman led 8-0 at 6:17 of the first quarter. The Wildcats defense then shut out Sherman until late in the third quarter.

Meanwhile the Wildcats offense scored 35 unanswered points to put the game away. Back Colton Allen scored the first two Wildcats TD’s on short runs, one in the first quarter and one in the second quarter. Allen also scored two extra points from the swinging gate formation after his second touchdown and the Wildcats led 15-8. The Wildcats widened the lead to 21-8 just before halftime as quarterback Ryan Humphries connected with receiver Simeon Taylor on a 75 yard pass and run touchdown. On the first drive of the second half, Humphries again passed to Taylor who outran the Bearcats’ secondary to the end zone for a 33 yard score. The Wildcats now led 28-8 early in the third quarter. A short time later, a bad snap by Sherman on a punt attempt gave the Wildcats the ball at the Bearcats 3 yard line. Quarterback D’Corian Young scored a touchdown on a 5 yard run after a tremendous fake to back Cason Goodson. The Wildcats now led 35-8 in the third quarter.

Sherman then scored on a long pass and run play to trim the margin to 35-14 after three quarters. Both teams traded touchdowns in the fourth quarter. Humphries threw his third TD pass of the game. Receiver Landry Tyson leaped and caught the ball in the end zone to complete a 35-yard TD pass play. Sherman tallied one more touchdown in the fading minutes of the game to make it a 42-21 score and that’s how it ended.

Wildcats Offensive Coordinator Matt Young featured numerous ball carriers and pass catchers effectively. The Wildcats are 1-0 for the season. They will play host to Avalon School of Gaithersburg, Maryland at the renovated Gerald Prim Stadium next Friday at 7:30 p.m. 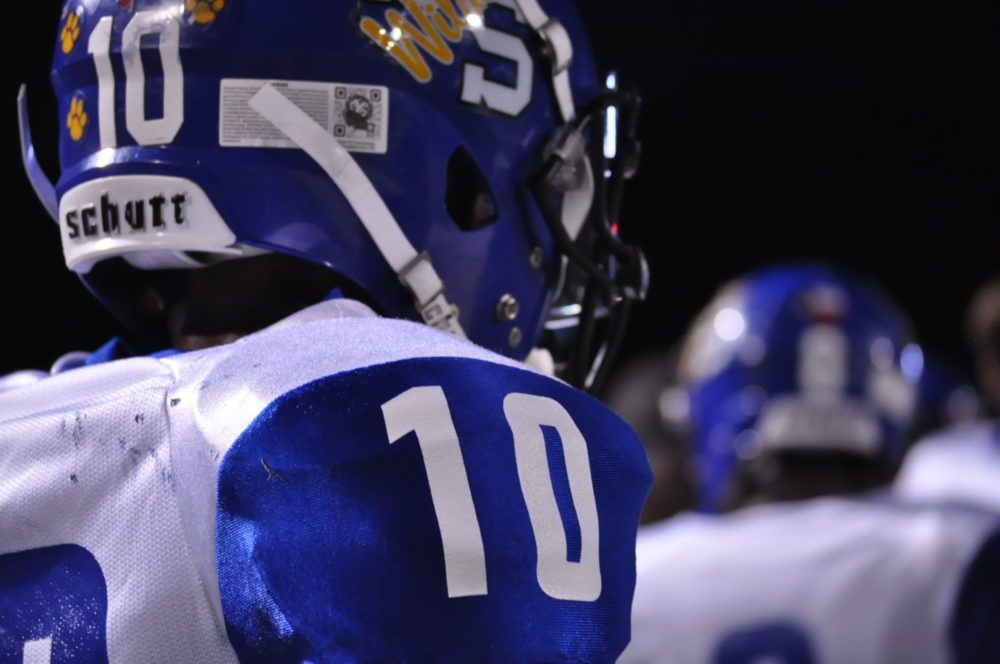