Wildcats Football Coach Greg Owens says the Wildcats 2-0 start has had an effect on Wildcats practices this week. He says players are gaining confidence. Coach Owens says cooler weather this week has also had a positive effect on the players. Coach Owens had his media gathering Wednesday morning with the Paris Homecoming Game coming up Friday at The Prim.

Sometimes friction can develop between the offense and defense on a team but Coach Owens says that is not a problem for the Wildcats. He says there are 27 Wildcats seniors and they all seem to like each other. It also helps that many of the Wildcats play on both sides of the ball. Many of this year’s seniors were on the varsity as sophomores.

Concerning Paris, Coach Owens says they will bring good athletes to town as usual. Last year the Wildcats were up by 14 points after three quarters but Paris rallied to win, 36-35. Coach Owens says Paris has offensive weapons that play behind a line featuring two huge 300 pound tackles. Actually one is listed at 350. Paris runs about 75% of the time on offense. Of concern for the Wildcats offense is a big nose tackle for Paris.

Coach Owens says the Wildcats are working to be more consistent. He also commented on the state of the Paris Sulphur Springs rivalry. He says it may not be as intense as it once was because the two teams have not been in the same district for ten years. The players do know about each other. Old timers in both towns still remember the old days when the rivalry was a hot one. Steven Hohenberger is the Paris head coach. He played with Wildcats Offensive Line Coach Jeremy Offutt at North Lamar. Coach Owens brother Chris coached with Coach Hohenberger at Irving Nimitz. Coach Owens says Coach Hohenberger is a good guy who has the Paris program moving in the right direction. Coach Hohenberger is in his fifth year as Paris head coach. 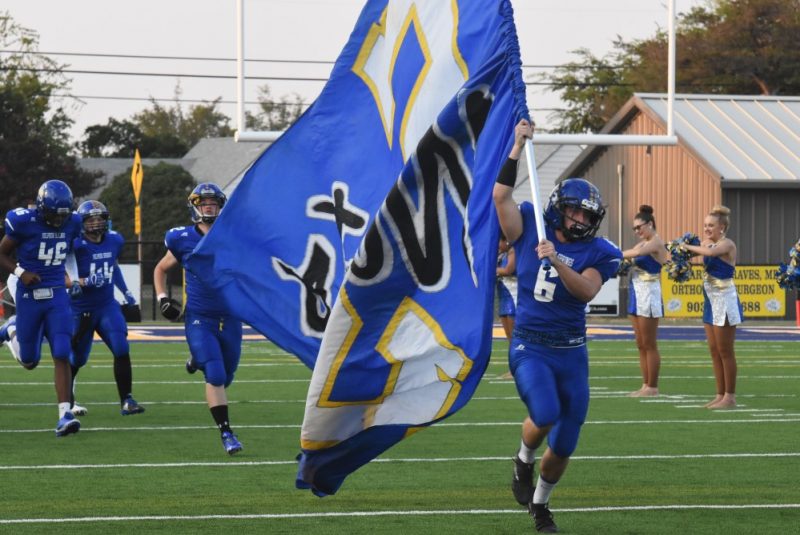