Wildcats Offensive Coordinator Matt Young says the biggest compliment he can give to the Wildcats’ offense is that they stuck with it last Friday in an 18-13 Wildcats’ win in a defensive struggle against Avalon of Maryland. He admits the first half against the Black Knights was not a pretty one. A big part of the problem was unsuccessful third down and short conversions.

Paris will provide the opposition this Friday for the Homecoming football game. Coach Young says the Paris defense flies to the ball, provides multiple looks and plays hard. He says a 25 yard gain against another team will only get about 12 against Paris because he says they get off blocks and recover. Coach Young says the Wildcats will have their hands full Friday and the offense must execute their plays.

You might think Wildcats Defensive Coordinator Triston Abron loved every minute of last Friday night’s 18-13 win over Avalon of Maryland in a defensive struggle. Coach Abron says it was a fun game at the end when it was over. He says fans may like to watch a defensive struggle but he says the tight game is not much fun for a defensive coordinator.

Coach Abron singled out lots of players for praise. He says defensive lineman D’Idrec Dugan had a great game. Team leading tackler inside linebacker Jaxon Reneau had another great game. He says inside backer K.J. Abron did a good job and was all over the field. Cason Churchman had a good game at outside linebacker as did outside backer Rio Becerra, who filled in when Kylan Wade got sick on Friday. Coach Abron was very pleased with the safety play of Sebastian Adams, Austin Dodd, D.J. Abron and Jase Thompson. Cornerback Day Day Dugan was upset his interception was not allowed due to a penalty. Cornerback Terrell Turman was credited with a big hit on a fourth down stop that fired up the Wildcats.

Concerning this week’s opponent Paris, Coach Abron says they present a challenge because they have big threats at quarterback and running back. Running back Donovan Williams had four touchdowns and over 200 yards in week one against Terrell. Coach Abron calls quarterback Kobe Savage fast, shifty and a great athlete. Savage, who used to live in Sulphur Springs, is well known not only by Coach Abron but also by lots of Wildcats. Paris also has two offensive tackles that weigh in at 300 pounds for more. Coach Abron says the Wildcats’ defense will have their work cut out for them. 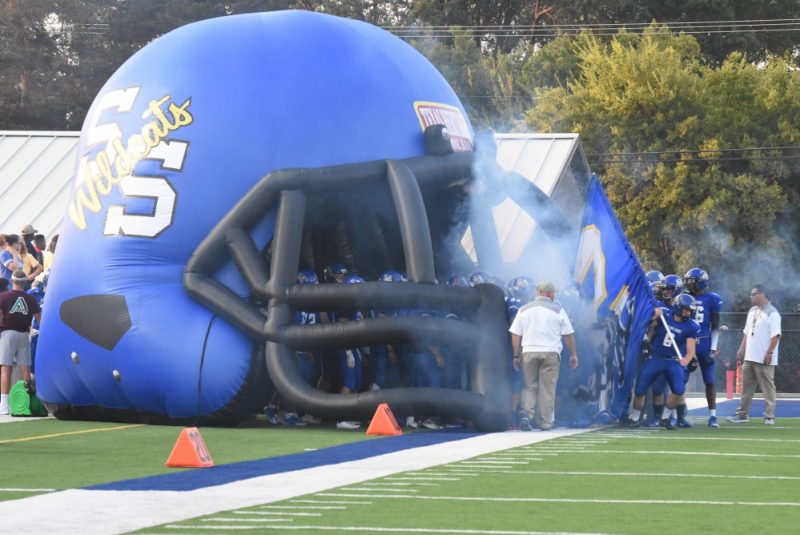