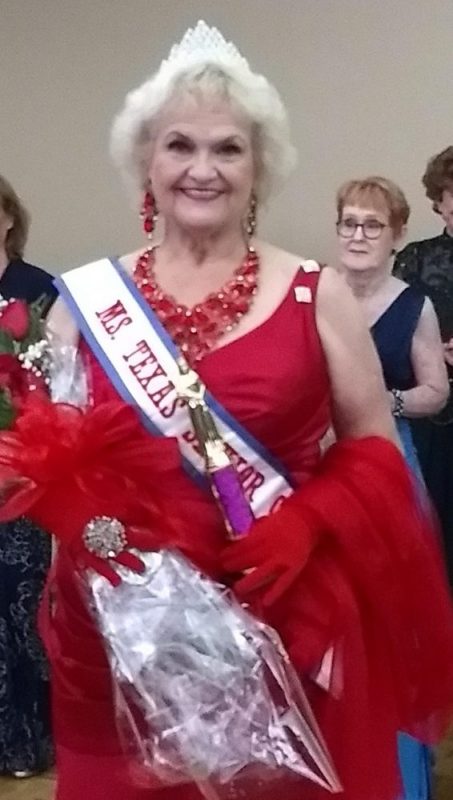 Patsy Roan Crist of the Cumby area of Hopkins County is the newly crowned Ms. Texas Senior Classic. She won the title and crown at the state-wide pageant held in Tyler on Saturday September 23, 2017. In the competition, she modeled evening wear, gave her Philosophy of Life for the judges, and presented a hilarious “Vitameatavegamin” skit from the I Love Lucy Show as her talent. Patsy will be making appearances across Texas as the new titleholder. She won the Ms. Hopkins County title in May 2017 in Sulphur Springs at the local pageant sponsored by the Seniors Center. Linda Pickle-Hill, named Most Talented at the 2017 local pageant also won that distinction at the state pageant from a field of ten finalists.

The Ms. Texas Senior Classic Pageant is “changing the image of aging” for senior women. The pageant is about building confidence and encouraging seniors to remain active in their communities. It is open to any woman age 60 and older and previous pageant experience is not a requirement. Having been headquartered in Plano for the first eleven years of it’s history, the city of Tyler was chosen as a new site this year in a possibly permanent re-location. Ms. Texas Senior 2016 JoAnn McMeans is a Tyler native and was instrumental in bringing the pageant to the Rose Capitol of the World.  Through Karon Weatherman, Director of the Sulphur Springs Senior Citizens Center, the local Classic pageant was formed eight years ago and each year has sent at least one representative. Nancy Bolton earned the state title in 2012 and Patsy Crist in 2017. The next local Classic Pageant is planned for the Spring of 2018. 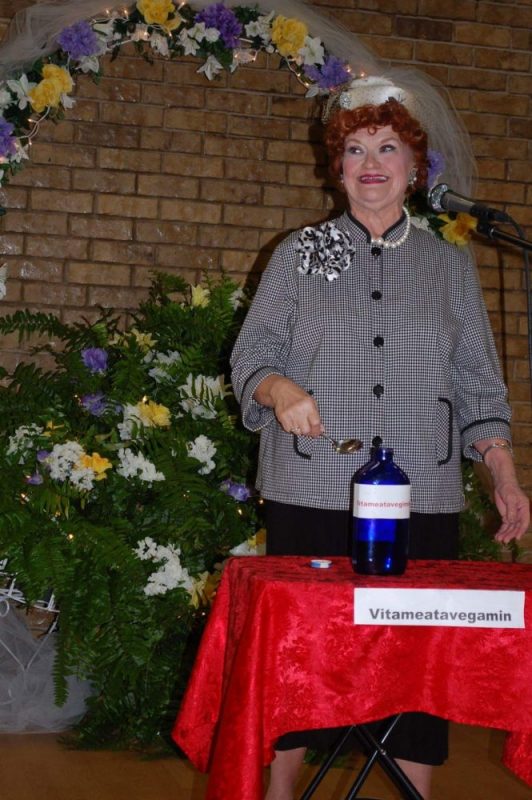 Performing the “Vitameataegamin” commercial as Lucy, during the 2017 local Ms. Senior pageant