The Wildcats Marching Band completes its first two weeks of summer band Friday evening (August 11). Wildcats Band Director Charles McCauley says things are going well and the band is making good progress. He hopes the band will march and play through the entire first song of the show by the end of Friday’s practice.

McCauley wants the band to perform the first song at the annual end of summer band Squad Off coming up next Thursday (August 17). He says the band took a significant step this Tuesday (August 8). For the first time for this band, they actually played and marched. The big freshmen class, which makes up more than a third of the band, had never before played while marching.

The first song the band is working on features classical numbers from Mahler and Prokofiev. McCauley calls the music intricate and hard to play. He says the first song makes up about 30% of this year’s band show called “Five”. As usual, McCauley tells the band they need to get better everyday. He says so far that’s been the case. McCauley says the first day on school on August 22 with all its’ distractions will be a big obstacle to continued improvement.

As band practice ends Friday (August 11), the band will be just three weeks away from its first football game performance at Sherman on September 1. 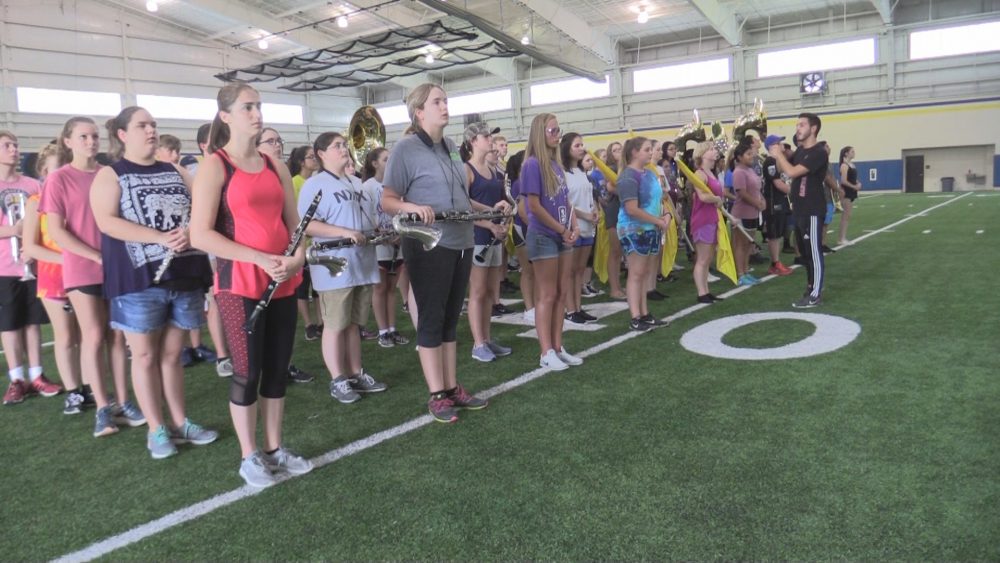